A Dublin, Ireland Gem: The Hugh Lane Gallery (With Video) 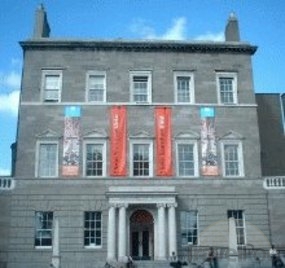 There is a modern art gallery in Dublin, Ireland that's not so grand as the Louvre in Paris or the Prado in Madrid

Shopping in New York City, even for a somewhat jaded ex-New Yorker like myself, can often yield some pretty nifty surprises. A few years ago, to cite but one example, I found three spectacular wooden Catholic saints from Macau in an outdoor Chelsea antiques market that no longer exists (thanks to a new condo). What caught my eye about these saints was their distinct Asian features, something I'd never seen before, or since. The price? $90 each. Two still adorn my home in Miami; the third I…

San Jose downtown is a city full of contrasts, with the regular hustle of a capital city, it stills keeping a unique essence on its surroundings. The top attractions within the area are mainly based in cultural activities, like museums, theatres and historical architecture. And is actually the historical and cultural richness what brings visitors to the must see in San Jose: ¨The National Theatre¨.…

Enduro Ride in Brazil's Serra da Mantiqueira: Piquete to Campos do Jordão and Back

On Nov 26, 2010, Maryel and me set out to explore a dirt road, leading east from Campos do Jordão to the Br-459. I had been wanting to check out this road for a long time, so I was glad we finally found some time to do it. Since we had no idea what to expect, we took our dirt bikes, and that turned out to be the right call, because the trail is not really an easy one, but for anyone who would like to do a +/- 90km enduro ride, it’s perfect. As a special bonus, the views of the surrounding…

The Genal Valley of the Serrania de Ronda (in Andalusia, Spain)

The quiet and restful Genal Valley has a history that goes back hundreds of years. It is located in La Serranía de Ronda (the Ronda Mountains) just to the south of the bustling white village of Ronda, near the Mediterranean coast in southern Spain.

The Genal Valley is sandwiched happily between two national parks, La Sierra de las Nieves and Grazalema, and it is commonly acknowledged as the greenest part of…

Rio de Janeiro is a great place for rock climbing, and one of the more difficult climbs, but definitely most beautiful ones is Corcovado mountain (also referred to as K2), on top of which stands the most famous landmark of Rio de Janeiro: the statue of Christ the Redeemer. When a good friend of  mine invited me to do this climb, despite not being a real rock climber, I didn’t think twice and accepted.

The climb starts at 500m above the city.… San Diego has two beachfront hotels and they are both located on La Jolla Shores Beach, a mile from “the village” of La Jolla and about 11 miles from downtown San Diego.

One is La Jolla Shores…

Charleston, South Carolina Crowned No. 4 Best City in the World for Travelers

Should the TSA's Airport Pat-Downs be Outlawed?

A major showdown looms in Texas, where a law was approved banning invasive pat-downs at airport checkpoints. In response, the TSA has threatened to cancel all flights departing from any gateway in the state.

Earlier in May, the Texas House of Representatives unanimously voted to pass an "anti-groping" bill, which would categorize any TSA pat-down that "touches the anus, sexual organ, buttocks, or…

Holistic Healing with Ayurveda: Treatments With No Side Effects

Ayurveda, the science of life, was a medicine practiced in India since 5000 years ago. It is gaining prominence in modern day as there are no side effects of Ayurveda. More and more people are showing faith & belief in this holistic and alternative medicine.

Ayurvedic medicine is based on the concept of 3 doshas or Tridosha, Vata (the lightest), Kapha (heaviest) and Pitta (medium built). Doshas are mainly the “force” or “faults” in the basic built up of our body and can go easily… 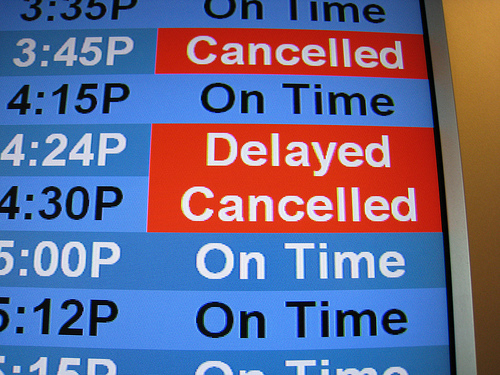 No trip is ever trouble free.

Flights are always being canceled, cruise lines change itineraries or skip ports, and car rentals  are plagued by pricing or mechanical problems that are almost inevitable.

But, interestingly, as Christopher Elliott writes in the… Continue

Your BFF in England Customized travel, also known as “bespoke travel,” is my preferred way to travel and I love England, so you can imagine… One of the perks of being part of the tourism-industrial complex is that you get the darndest invitations – and some, no matter how busy you are, you simply can't pass up. Case in point: last week's launch of Disney's revamped 3-D "Star Tours ~ The Adventures Continue" attraction at the Hollywood Studios theme park. Yes, I was having a mind-bending week workwise, but having… Continue

A 'Junk' Trip in Vietnam

I hunkered in the doorway of an office building as gray clouds moved in, threatening to break open above me. Piles of luggage were stacked in the doorway, but I held tightly to my backpack. As a solo traveler making my way through Vietnam, I had yet to let someone else touch my bag, the essence of my livelihood halfway around the…
Continue

Auckland one of the largest urban cities of New Zealand, is a paradise for holiday. The city along with offering major tourists attractions also celebrates several festivals. Queen’s Birthday celebration is one such festival that is celebrated to honor Queen Elizabeth II and also mark the beginning of Ski Season. Book your air tickets to Auckland if you wish to join the celebrations on this day.

Auckland is one of the…

150th ANNIVERSARY OF THE CIVIL WAR: DO SOMETHING DIFFERENT

The 150th anniversary of the American Civil War began April 12, but for many of us who are pinned down by work and school, the occasion really begins this summer.… 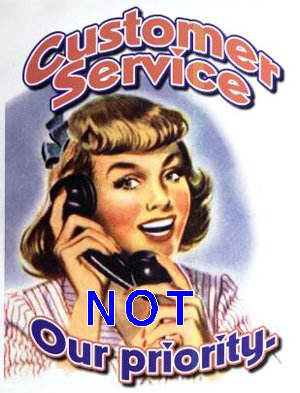 It started when we stopped at a seemingly authentic seafood restaurant on an authentic stretch of Atlantic coastline.

The special was twin lobsters for a reasonable price.

We ordered those and some other stuff, and when the two crustaceans arrived , I split them with my partner. One lobster each, we… Continue

Read on to learn more about Tamil Nadu tourism and information tips in southern India:

Marking the Rapture With Baked Alaska in Steamy Florida Yesterday was a special occasion for me – no, not so much the Rapture but a relationship anniversary – though I will admit that in a bizarre way all that ruckus had made me feel like flying up to my old and still occasional New York City stomping grounds to camp it up with Harold Camping's kooky kultists in Times Square. But I'd recently had surgery and am grounded in my…

This is a small soda lake on the floor of the Great Rift Valley laying in between the other well known lakes like Naivasha and Nakuru. The Lake was designated as a ramsar site in 2005 and is also an important bird area with the lake boa sting of around 450 species of birds. Its famed to be the only breeding ground for the white pelicans in the East African region.