In April 1982, Adelaide, the capital of South Australia, became the ‘Sister City’ of Himeji, an ancient city in Japan, now a port and a major industrial centre, most importantly the home of the headquarters of Nissan Steel.

When Colonel William Light laid out the city of Adelaide in 1836, he said that the city centre should be encircled by parkland, upon… A Memorable Panama Canal Christmas Cruise Aboard the HAL Amsterdam

We live in California and two of our best friends reside in Florida. We wanted to visit them during the holidays, but didn’t want to endure the stress and aggravation of crowded airports and airplanes – so an opportunity to sail from nearby San Francisco to Ft. Lauderdale through the Panama Canal was especially appealing.

Our cruise was an anomaly for a Holland America…

Back to the Salt Mines, in Poland and Colombia

Sodium chloride has been a world-shaping mineral indeed, prized back into antiquity and beyond, and over the centuries contributing to the growth of trade and even civilization itself in various parts of the world. And though much of it… The peaceful and shy manatee has been declared a national marine mammal in Costa Rica.

Costa Rica lawmakers this week passed the bill making the endangered Caribbean mammal a national symbol; the honor had been proposed by two school children from the region of Limón after they learned about manatees in school.

As NASA and the part of Florida known as the ‘Space Coast’ is trying to reshape its selfimage after the permanent grounding of the Space Shuttle program, the agency’s last surviving vehicle, Atlantis.

During NASA’s heydays, the agency drew crowds from all over the world to every new rocket launch at Cape Canaveral. But the days of government organized and financed space adventures are long gone, and as the Traveling…

The crew of Christopher Columbus first discovered tobacco on the island of Hispaniola (today shared by the  Dominican Republic and Haiti), then encountered it again once they got to Cuba. And over the…

Shopping is an something that most travelers love to do. While on vacation it’s always fun to practice the art of hunting out the most exotic and exclusive locales with the most original products or, even better, getting a bargain for that special item you always wanted but couldn’t afford.  And Cancun is a destination with more on offer than you… Jazz lovers from Southern California and all over the Western United States have been coming to Thornton Winery in Temecula (north of San Diego) for an amazing twenty six seasons. And amazingly, both the talent line up and the concert experience continue to get better. I’ve been fortunate to have seen some of the true…

How to Protect Your Identity While Traveling

Your bags are ready, items on your travel check list are all crossed off, and you're thinking: "If I forgot something, I won't miss it."

I hate to introduce doubt into your well laid plans but did you consider identity theft? These days it's not just pickpockets or online hackers you have to worry…

Does Atenas, Costa Rica Have the World's Best Climate?

Saying that you have “The Best Climate in the World” is quite a claim. The little town of Atenas Costa Rica,…

Airbnb a Delightful Solution for One Boomer Couple

In the current (Winter edition) of Get Up & Go magazine we have an article on Airbnb. There is some controversy around the company in the USA at the moment but we promote the concept as it is another way for travellers to experience up-close-and-personal local attractions and people. Get Up & Go is not…
Continue Nithin Coca is a Freelance Writer and author whose traveled to over 44 countries. This is an excerpt from his first book, Traveling Softly and Quietly, now for sale on Amazon.

I looked up as a cute girl walked…

Battle of the Mekong

If you believe the industry hype, river cruising is riding the rocket of small ship and adventure products in a rapidly growing cruise market. I tend to agree. The anecdotal evidence points to more travellers seeking out products away from the traditional sea and coastal routes and looking inland to the great waterways.

One of the most famous Asian rivers, the Mekong, is set to stage a great showdown as operators from all over the globe take on locals in their own “warships” in an… Essential Guide to the Wonders of the Var in Provence

Located within the Provence-Alpes-Côte d'Azur region of Provence in France, the Var is sandwiched between the French departments of the Bouches-du-Rhône to the west and the Alpes-Maritimes to the east. Offering both the splendour of mountains, famously superb beaches and a host of must-see wonders tucked in-between (including many fine examples of Romanesque and medieval architecture), the Var with its sunny Mediterranean climate remains one of the top tourist destinations in…

4 Things That Will Change Your View of Johannesburg

Johannesburg is the most visited city in South Africa, yet it is not the most favored destination among travelers on holidays. This is because of the popular belief that there is not much to see in South Africa’s biggest city except plush hotels, trendy bars and swanky restaurants. Travelers generally use Johannesburg, also called Joburg or Jozi, as an ideal transit point to visit their final destination, be it Durban,… 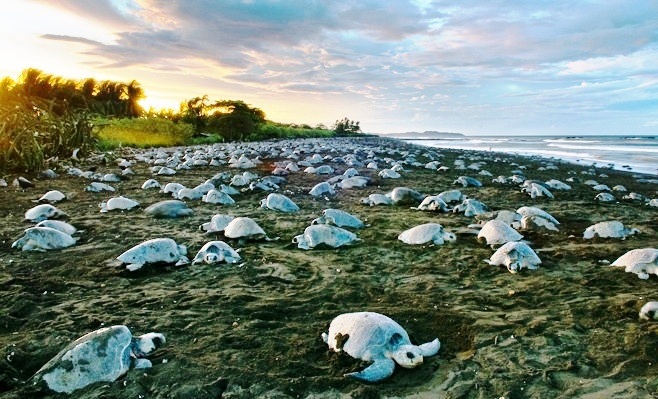 There are plenty of beaches covered with shells in Costa Rica. The beaches near Nosara, Costa Rica, however, are spread with a different kind of shell – that of nesting sea turtles.… My mother is a great Ernest Hemingway fan.  Her favorite book of all time is The Sun Also Rises. When I found out he was born and raised in Oak Park,…

Some of England's Coziest Coastal Pubs

Going to the pub is one of the pleasures of a visit to the English seaside. Whether you have been for a bracing walk along the seafront with a fierce souwesterly hurling seaspray across your path, or have spent a pleasant interlude pottering around a harbourside, dodging the waves crashing over the harbour wall, there's nothing like heading to a cosy pub for a cold one, the heady aroma of hearty pub food and a clutch of local characters of varying degrees of eccentricity putting the world to…