It was his obsession with adventure that brought him to the interior of what was then known as Spanish Sahara, an overseas territory of Spain. In 1930, Michel Vieuchange,… 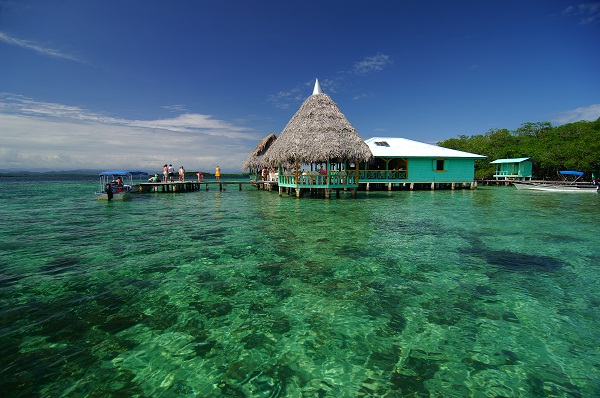 When one thinks of paradise, Panama has to be near the top of the list.

In the 90s Costa Rica fast became the chic eco destination for Americans, Canadians and Europeans.  Many expats started buying land and relocating. In the last ten years, a new nirvana was discovered, Panama.

Countries with both beach and jungle are especially appealing. The world is full of small countries where you can view nature and perhaps surf in the same day. Panama fits the…

Plan a Fall Getaway at Mohonk Mountain House, High Above the Hudson River 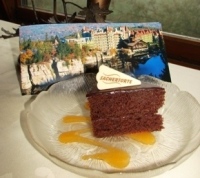 Fall is a beautiful time along New York St’s Hudson River. Plan a Columbus Dayate weekend at the historic hotel high above the Hudson. Savor the spectacular fall foliage as you boat, hike, take a carriage ride, mountain bike, play golf, or simply sit back and relax while savoring the view. The air is crisp, activities abound, and all that’s missing is…

Monteverde, Costa Rica, the Visit of a Lifetime

The year was 1998. There was a very small flow of visitors coming to Costa Rica, about 100,000 according to the official numbers. A decade later, that number has increased up to 2 million tourists per year. This $1.9 billion industry is mainly based on Eco-tourism and has been driven by the green buzzword. In a previous post, New Media Travel  asked “Why Is Hotel Content So Boring?”
The point was that hotels, airlines, and often the entire travel industry, are inclined to present images of the perfect family: a leggy blonde mother, two gorgeous light-haired kids and a…

The Search for the Best Margarita in Southern California Preparing the first chapter of our new e-book, Golden State Eating, we did much first hand research. It's a tough job...I know...hitting bars from Sacramento to San Diego, searching for the perfect margarita, but someone's got to do it.

Along the way, we've had some pretty unspectacular versions. I swear, the one we had at a nationally famous rib joint had to have been…

Photo of the Day: Friday September 21, 2012 – Endeavour Over the Hollywood Sign in Los Angeles It’s not too often that one gets a chance to witness history. Friday, September 21, 2012 is a day that I will never forget. I got on my mountain bike and biked 17 miles to the Hollywood sign for a chance to witness history. The great Endeavour space shuttle bid us a farewell, for a final countdown. From Sacramento down to the Bay area, giving San… Kayaking is one of the best adventurous water sports enjoyed all over the globe, and when you are planning a trip to California you have to visit these kayaking spots. It's a great experience for tourists, and you will enjoy the paddling sport. Here are the top kayaking spots in California.

Emerald Bay in Lake Tahoe is one of the best places for kayaking. There are numerous tours offering services for those who want to paddle in Emerald Bay's calm pristine… Poland is one of the countries where autumn plays beautifully with a landscape. If you are wondering where to spend your autumn holiday, Poland offers many gateways as well as cultural events for an affordable price.

The most picturesque place…

In New York City, Perhaps the Greatest Chicken Fingers on the Planet

Tired of the some old greasy burger, boring sandwich, and looking for something other than a pizza slice?  Tired of antibiotic -fed chicken. Should you be in New York City's Greenwich Village,  there is a unique food opportunity that is gaining fans from all walks of life, Sticky's Finger Joint.

Adventure beckons at the exceptional and exciting Hacienda Guachipelin Hotel in Costa Rica’s northern Pacific province of Guanacaste. Lying at the base of the active Rincon de la Vieja Volcano, Hacienda Guachipelin is a working horse and cattle ranch celebrating Guanacaste’s cowboy heritage in the heart of the savanna.

An average day at Hacienda Guachipelin…

Sapa is one of the most tourist-attractive destinations in Vietnam, one that any visitor to this country should not miss. September to November is the best time to visit this marvelous town in Vietnam's northern mountainous Lao Cai province.

Followings are ten most attractive destinations in Sapa that you should not forget to fill in your trip:

1. Conquer the top of Fansipan Mountain - "The Roof of Indochina"

The Milton Hershey School in Hershey, Pennsylvania is in a class of its own.  It all came about at the request of Kitty, Milton Hershey’s wife, to start a school for orphan boys.  Unable to have children of their own they created the Hershey Industrial School for orphan boys in 1909.  The school has grown through the years and changed to meet the needs of today’s world. On a hill above the town of Hershey is Founders Hall which is impressive inside and out. The… 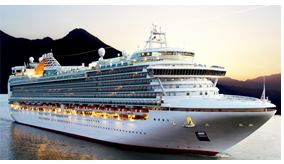 Did you know that booking a cruise with a cruise expert could save you time and money? I recently worked with Jamie Erdman and learned a lot about cruises from a real expert.

Jamie is the Brand Manager of DiscountCruises.com, a website dedicated to cruise travel. She shared her knowledge and tips and told me that there's a cruise line and a cruise…

Saengerfest Park at 2302 Strand in downtown Galveston is a great meeting place for Galveston residents and visitors. George Mitchell and Mitchell Historic Properties developed the small urban park as the centerpiece of its downtown holdings and, while privately owned, the park is open to the public daily, year round. The park is known for its giant chess set, London-style phone booth and a large compass on one corner. With a central location in the heart of the Strand…

The 60th San Sebastián International Film Festival will take place September 21 to 29 in Spain's northern Basque region. The primary focus of Spain’s A-list festival is to serve as a showcase for each year's most innovative films. The festival seeks to make a positive contribution to developing culture and the film industry. The festival is… Or what every frequently-flying woman, and bride going on her honeymoon, needs to know about staying healthy and fit in the air.

If travel had a diva....someone who embodied the talent of looking great while facing the challenges, exhaustion, fun and frustration of Travel, it'd have to be Debbi Kickham.

Known to us in the travel world as Debbi…

There's a Buzz Over San Francisco in October

As a native San Franciscan I just love the month of  October in the  "city by the bay."  As many a local and tourist can attest to, San Francisco can be a bit overcast, windy and even cold on the 4th of July. But not…

Sometimes called the “Hawaii of Latin American surfing,” Costa Rica is positively one of the world’s top surfing destinations.Add up warm water, consistent surf year-round, over 700 miles of coastline between both the Pacific and Caribbean coasts, literally thousands of beach breakswith easy access, and friendly people, and you get paradise! Costa Rica’s irresistible extra plus is all of the other travel perks like active…