It starts just after I land in Hobart. I am whisked into the airport’s private Saffire Lodge lounge. Quick refresh, an espresso and pick up my snack pack and drink, then fold into a private car to take me to the magical Freycinet Peninsula… Take a cooking class at the New Orleans Cooking Experience to learn about the wonders of  the Louisiana food.  It offers cooking vacations, half-day, private and special event classes to visitors and local New Orleanians.  The highly personalized classes focus on authentic…

A Slice of "L'Italia," San Diego-Style 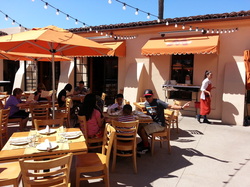 The recipe seems simple: take 2 award-winning chefs and one acclaimed restaurateur. Blend with high-quality sustainable ingredients, sprinkle liberally with lots of creativity and serve with class.

A southern California favorite since…
Continue

Freda's Top 5 Tips to Save on Caribbean Travel

It's that time of the year when you a planning your vacation or weekend,getaway,

And that does not come cheap. With airlines raising the cost of tickets thanks to

due to the economic downturn, the cost of travel is now on the rise. However,

there are still some great…

The Famous Waterfalls of Damajagua in Puerto Plata, Dominican Republic

Puerto Plata is one of the Dominican Republic’s most amazing tourist destinations (if not its most). It has white and golden sandy beaches, Victorian houses, a historic area, the Isabel de Torres mountain and its cable car, but what's more, if adventures are your thing, you can enjoy the 27 waterfalls or cascades of…

Green season in Guanacaste, Costa Rica is when the waterfalls at…

Recently, we had an opportunity to experience Long Beach, California, in depth – the transformation of this city over the decades is nothing less than astonishing. Oh yes, it's that time of year again - when a region already one of America's loveliest kicks it up a few Dix Notches and rolls out the flaming reds, yellows, and oranges. Whether it's Indian summer or crisply autumnal, there's nothing more delightful than a ramble through New England's countryside in its glowing glory, the…

The most amazing  and beautiful building in all of London, Westminster Abbey!

An absolutely beautiful building with an astonishing history.

Where Does Fear of Flying Come From? 5 Best Alps Resorts: Where to Go if You Want It All

The Alps have the world’s best skiing and there are some resorts that really have it all – from large ski areas to a vibrant nightlife. Here we present the top five.

Near the Italian border in southwestern … A city and surrounds full of history and natural wonders, Cape Town offers up a special pocket of colour that’s a standout… The Caribbean Coast varies from the standard weather…

Plymouth, Massachusetts' Mirbeau Inn and Spa at the Pinehills

Staying at truly unique hotels and inns transports you to a different time and place, allowing you to forget the real world for a bit. Mirbeau Inn & Spa at The Pinehills in Plymouth, Massachusetts is a great coastal escape 45 minutes south of Boston without the hassle of battling Cape Cod traffic.

Looking to the South from Remarkable Rocks, there was nothing between me and the southern ice cap but cold water. I had gone about as far as I could go… finally. From this point near the bottom of the world, I would go North, across the continent and transition from penguins to crocodiles. I was soon to board The Ghan, but fortunately it was no… 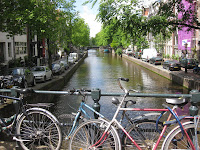 Moving into the cooler/colder months, be sure to carry an umbrella or rain coat when you visit Amsterdam. Don't let the rain stop you from renting a bicycle. It's still the best way to see Amsterdam.

A city on a uniquely human-scale, there's so much to see in Amsterdam, focusing day…

Just 6 kilometers in length, this island, unusually shaped like a 5-pointed star, has all the ingredients for a perfect tropical location.  The Ilha dos Frades (Island of the Friars) is a mosaic of white sandy beaches, fresh water lakes, small waterfalls of surprising beauty, hills which offer spectacular views of the bay, and a forest wealth which… 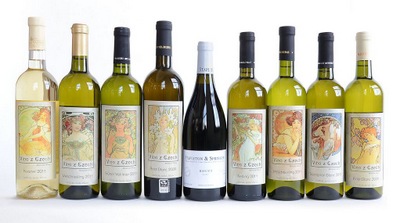