Get Your Ghoul On - Halloween in Five U.S. Cities

Halloween, the annual festival, brought to America by immigrants from Ireland and Scotland has become America's biggest party day, perhaps after New Year's eve. For the last 200 years Americans have celebrated Halloween. The customs of carving pumpkins, jack o' lanterns comes to us from the Celtic traditions. What is the magical allure that so many folks want to celebrate at Halloween?  The costumes?  The Halloween parties? The memory of childhood?  A chance to throw off inhibitions and to… Along with showcasing exceptional wines, paired with equally spectacular food, the partnership of Martin Corso (Chef Marty) of The M Group, and Ken Barnes of Temecula Night Out, has fostered a sense of camaraderie and fellowship in the Temecula…

Long Beach Island is exactly as the name implies...an 18-mile-long narrow barrier island off New Jersey's central coast complete with sugar soft beach the entire length, body surfing, and plenty of frozen custard and grill joints to fortify you along the way. Upon crossing the causeway on the Manahawkin Bay Bridge, your options are… Recently tthis month, even as we head toward the end of the year marking the 50th anniversary of the Civil Rights Act, I found myself visiting America's oldest continuously occupied city, St. Augustine, for the first time since a long-ago trip with my family as a kid. I expected to find some of the same things - the massive old…

The scariest night of the year, when ghouls and goblins roam the streets, and otherwise sane adults dress to depress while children trick or treat for candy some likely may not won’t even be allowed to eat for fear of tampering. Yes, Halloween is a strange holiday (then… Halkidiki lies roughly one hour from Thessaloniki and is a beloved summer destination for many people from all over the world. The beaches of the region are picturesque, accessible and well set up for tourism - and the nightlife is just as…

Got a special holiday coming up? Chances are you plan to document your every move with a healthy collection of travel photos (who doesn’t these days?). As a professional photographer who’s been at this game for quite a few years, I’ve learned a thing or two along the… Coming face to face with a giant manta ray is the thrill of a lifetime. They are amazing and curious creatures. People are fascinated by their opposite-seeming natures -  ominous looks, but sweet dispositions. 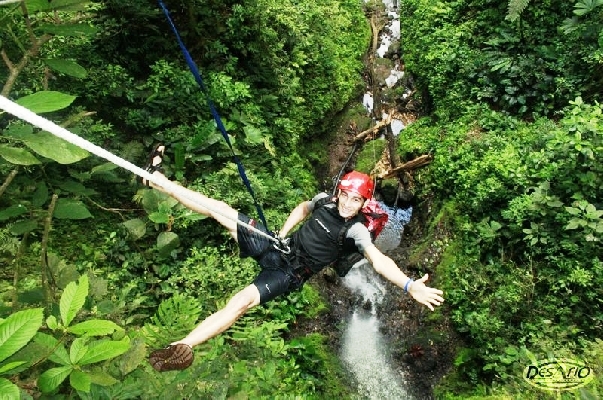 Part mountaineering and part rock climbing, but in reverse, with the added challenge of pounding water, the waterfall rappelling extreme sport of canyoneering is the latest top popular…

What of Crete in Winter?

I am an evangelist of all that is "Cretan," especially in the off season. This is largely true because I often visit there after or before the humongous crowds arrive. This majestic, friendly, and ultimately charming Greek island under the sun, it's so much better to take in beyond the noise. At least this is my view. Let's face it, as social as we may be as…

Eating, Drinking, and Sleeping in Rome

The historical and imperial Rome unfolds around the Roman Forum and the world’s largest amphitheater, theColosseum, where gladiators sacrificed their lives for the emperor’s favor and the bloodthirsty spectators delight. The archaeological interest of Rome lies buried in the catacombs…

The Serra de Tramuntana in Majorca is dotted with beautiful towns and a special charm, but if there were one town on the Costa Nord (North Coast) which you must not forget in your trip through the region, it would without doubt be Valldemossa.   This small town is beautiful at any time of the year, but it is perhaps best enjoyed in wintertime when…

A Walk in Austria's Tyrol 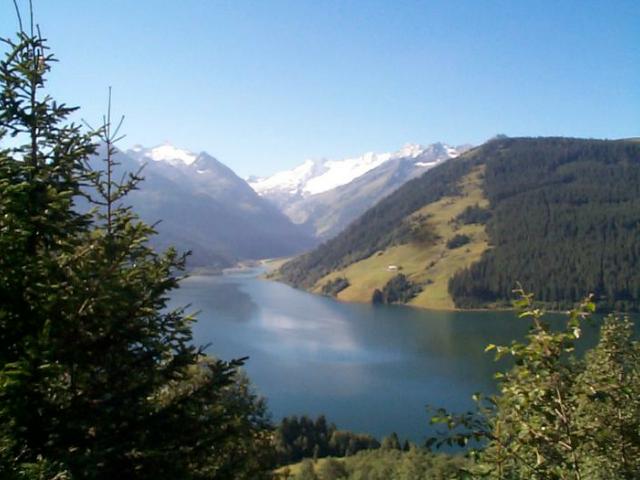 Whoever built that hut meant it to last. Four-square and stolid, it stood on the mountain, defying anything the elements might throw at it. This was a real chalet, a world away from the tacky ‘shally’ of the holiday camp.

It was still used for its rightful purpose, too. From within came a lowing, and the dull ‘tong’ of cattle…

Top 10 Things to Do in Amalfi, Italy

Are you looking for outstanding Mediterranean landscape combined with coastal mountains plunging into deep waters and picturesque Italian towns? Let us tell you: the stunning Amalfi coast will offer you all of that and much, much more!

As well as the sheer beauty of the region, you will be able to uncover some wonderful secrets of Italian cuisine while exploring charming… 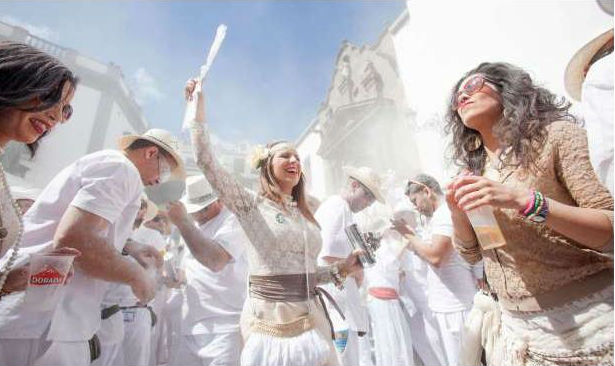 Our image of Spain never fails to include a few of the following: flamenco dancers, paella, controversial bull fights and copious amounts of blood red sangria. Travellers come from all over for La Sagrada Familia, to eat tapas in Barcelona, or to visit one of the famed festivals such as the Tomatina or running of the bulls in Pamplona. … Each year, the Greenwich Wine & Food Festival proves that it represents so much more than a celebration of premier food and wine tastings. As a baseline of activity, nearly 100 wine and spirits vendors, local restaurants and artisan food producers share their goods under The Culinary…

What Planespotting Is All About Spectacular aircraft photos abound all over the Web these days–shots taken on runways, in hangars, taking off/landing, at cruising altitude. And many of us who glance at them, sometimes think, “how cool,” and move on.… 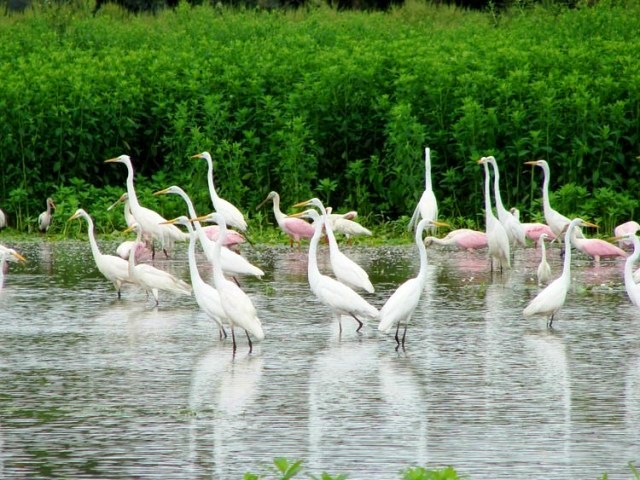 The Oregon Trail Interpretative Center and an Earlier 'Greatest Generation' 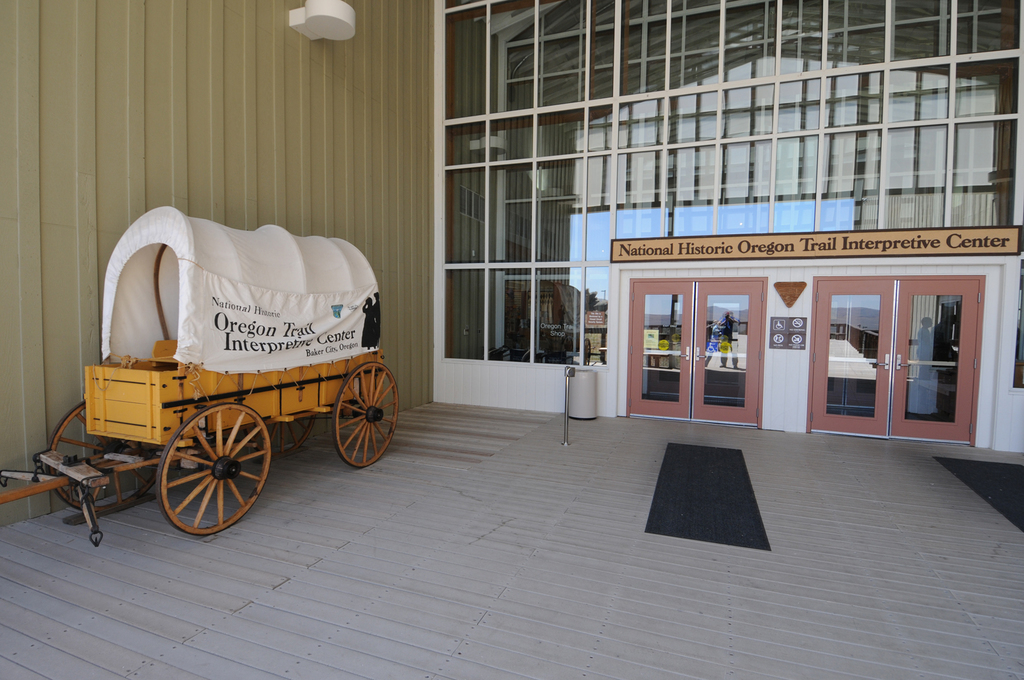 by Rusty Rae and Sheila Hunter

There is another “Greatest Generation,” although mostly long forgotten — the 300,000 men, women, and children who made the 2,200 mile trek from Independence, MO to Oregon’s Willamette Valley and beyond between 1846 to 1869. You can experience the trials and tribulations of these Americans by visiting the…