10 Reasons to Come Have a Vacation in Puerto Rico

How many times have you heard yourself saying, “I need a break”. Yes, I know exactly what you mean and today I would like to tell you ten reasons why you should take a vacation on the enchanted island of Puerto Rico.…

With its big stick and bigger voice, Consumer Reports (CR) announced in its… Continue

5 Trips of a Lifetime to Add to Your Bucket List

We all have a bucket list, whether it be entrenched in our minds or thoughtfully prepared on paper; travel destinations that we long to visit. For many people these ‘trips of a lifetime’ get put on the backburner as they seem so unattainable.…

Ski in Chocolate? Sounds like fun ...
but I learned to make chocolate
truffles in Florida. Is a Norwegian Coastal Cruise on Your Bucket List?

At an art gallery in Eden Prairie, Minnesota about 1995, there was a painting that caught my eye, that would lead me to a magical place in Norway many years later. Passionate about the cruise industry, I have been on over 300 cruises around the world and have even worked on the ships as a Cruise Director and Entertainer. Today, as a Cruise Industry Journalist, I set out to find creative and…

Photography is often about moments which make unique photos that can't be replicated, not with the same person in them, not with the same light, or the same mood. A famous building or monument is not a moment in itself - it's merely a context anyone with a camera can capture. The following are three shots from my latest trip to London when, a couple of children, fascinated by a group of pigeons sheltering behind the National Gallery, spent a lively 15 minutes…


This year for me was a little different - I was working out at JFK, dropping off some British travelers for the flight back home, when I was asked by a friend to meet her at the balloon blow-up on Central Park
West. Wow - I've not had the…

Just as astrology can identify, say, business and romantic opportunities or challenges, those celestial bodies slinking about the stars can help pinpoint optimal times and places for travel. And since destinations have their own astro-charts, which interact with yours, astrology can even serve as a kind of spiritual travel agent. It can tell you, for example, about places likely to be harmonious or challenging matches for your temperament, personality, and…

Not All Europe's Balmy Isles Are Mediterranean — Check Out Graciosa, Et Al

When it comes to sunny, water-surrounded getaways in Europe, for lots of us the Med pops right to mind — Spain’s Balearics, Sardinia, Cyprus, the Greek and Croatian isles, and so forth. But hundreds of miles out in the Atlantic from the Straits of Gilbraltar lie Madeira and the Azores, part of Portugal, which some Europeans (particularly the Brits) have taken a shine to over the generations, for various reasons starting with mild year-round… Continue

Why We Are Sexier On The Road

Why We Are Sexier On The Road

We knew travel was a terrific aphrodisiac, we just couldn’t prove it.

Then came a… Continue 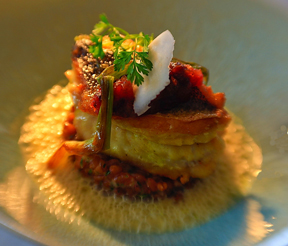 So is St. Barthélemy in fact the coolest island in the Caribbean? Hard to say, but it sure does attract a lot of models, movie stars, and music types (hey, isn’t that dude in the Ray-Bans whatsisname?). Many of them stay at the Hotel Le Toiny, an all-suite/villa hideaway with 15 pastel bungalows equipped with major-league “Do Not Disturb” signs. But even if a star isn’t staying at this luxurious Relais & Chateaux property, you can be… Continue

Vietnam Experience With Trails of Indochina


In March 2010 I was provided with the opportunity to travel to Vietnam with Trails of Indochina.

Trails of Indochina specializes in unique journeys through Vietnam, Laos, Thailand, Cambodia, Burma and Bali. Their local expertise can… Color me still underwhelmed by much of the South Beach dining scene – lots of flash, but frankly longer on attitude than substance. Having said that, in recent years things have started to evolve a bit in good ways. Nonetheless, when last weekend I strolled for the first time into Eden South Beach, an eatery opened at the end of October in the space once… Continue

Like anything in life these days, priorities need to be set and…


It is that time of year again. The Christmas lights are going up, Jingle Bells is slowly starting to be played on the radio and some of us are beginning to put together are holiday shopping lists!…