London for Beginners: Budget Guide to the Perfect City Break

This is the city that has everything: shopping, culture, sports, entertainment and good food. And the best part is that most attractions in London is gathered in the center. The best way to get to know the city is to walk, since there are an awful lot to see. You may want to take a neighborhood per day, preferably Leicester Square, Soho, Westminster and the City of London.

If you have a lot of activities planned in different parts of the center, the subway, or the “tube”, is the best… Luck of the Irish?

Oh sure, there's Shakira, Paulina, Thalia, Camila, Juanes, Marc, Ricky, and other popular poppers, God bless 'em. But ay,  bendito, the sensation of the 12th annual Latin Grammy Awards earlier this month -- as it was at the same awards in 2009 -- was the Puerto Rican duo Calle 13, nominated for ten awards, and bringing home nine, breaking Colombian singer…

The World is Now More 'Accessible' Than Ever – Explore and Enjoy It!

The world is now more accessible than ever before. Things you thoght weren't posiible now are, you just need the reight resources and assistance.

Twenty percent (62 million) of the U.S. population has some form of disability, and the number of these individuals is increasing daily. These people need to, want to, and can…

Muscadine is a type of grape mostly indigenous to the Southeastern United States but also found from Delaware down to Georgia and as far west as Texas. Not only do they grow best in humid climates within this region, their distillation into wine is exclusive to this area as well. The first European…

Following on from the first installment of his adventure, Thomas recounts his experiences on his journey through Sierra Leone…
Continue

Call it fresh, celebratory wine or phony, immature “cookie dough” (as one critic nicely put it), there’s no doubt the young Beaujolais Nouveau has become one of the wine world’s most successful stories.…
Continue

It’s almost winter, and you know what that means: Frolicking in the crystal-clear waters of Maui!

If you’re like me, winter is really all about celebrating the holidays with the family, calorie-laden food and below 50 degree weather.

However, given the plentiful activities available during the yuletide season in the island, it might not be such a bad…

When Did Travelers Become Transumers? 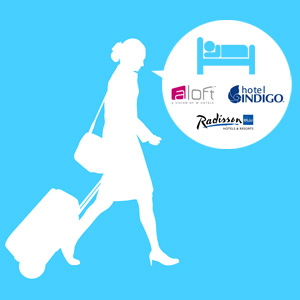 Get comfortable with the term "Transumer,” because you’ll be hearing it often.

I am not ashamed to admit it I like to eat. and I prefer to eat really great food. My nickname when I worked on cruise ships was the food scout, and my book Cruise Quarters - A Novel About Casinos and Cruise Ships is filled with vivid descriptions of the wonderful meals I have eaten across the globe. So when I heard that there was an all you can eat lobster buffet at Valley View casino - a small casino set in the mountains north of San Diego I knew that I had to go there. I know some people…

The Lure of Dark Tourism: Murder and Mayhem 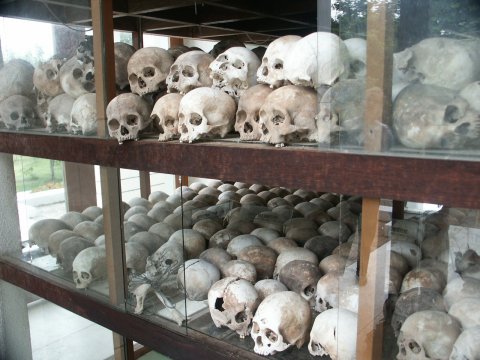 The Lure of Dark Tourism: Murder and Mayhem

But what’s the fascination?

A Pithy Paean to Puerto Vallarta

Normally I tend to shy away from places you might term "tourist traps." And Puerto Vallarta has certainly had its bread plenty buttered by tourism -- in fact, it seems that half the city is geared toward freespending gringos. And yet... there's no doubt that PV is one of Mexico’smost popular tourist magnets for a darn good reason. Several, actually – starting with its wide,…

IT'S NOT A CHEAP TICKET, BUT IT'S STILL A GOOD DEAL

“Premium Economy Class” is often an oxymoron, if not an outright lie. However, Air New Zealand's PE section in the big B777-300ER aircraft appears to be more premium than economy, so I was glad to try it out on an LAX-Auckland… One important lesson I learned during my visit to St. Simons Island was how difficult it is to promote the use of locally sourced ingredients even in a region awash in native seafood, fruits, and vegetables. The more people seek out and demand better quality food, the easier and more cost-effective it will be for local…

A Great Off-Off Broadway Play in NYC: 'A Hard Wall at High Speed'

travelers to major cities want to take in excellent theater at bargain prices. If you're in NYC this weekend, you have got to check out this off-off Broadway piece at Astoria Performing Arts Center in Queens. Here's my review from The Queens Gazette newspaper:

Billions Spent, But Are We Any Safer? Billions Spent, But Are We Any Safer?


In its usual witty, acerbic but always readable content, FastCompany  looks at the Transportation Security Administration’s  huge expenditures on air travel since 9/11 in their efforts to keep…

Upgrade to a Singapore Sling

After more hours than I care to count sitting in the cookie cutter seats in economy class, I was pleasantly surprised today when Qatar airlines upgraded my wife and me to Business Class. I have not flown Business Class since I stopped working and an employer was buying my ticket. I had forgotten how much better it is to spend 7 hours in a fully reclining seat with incredibly good food and service beyond the pale.

The seat not only spread out to a flat…

You Went to Miami and Didn’t Even See South Beach?!

Yep, that’s right: I didn’t go see the hottest spot in Miami.  I stayed just south of Miami, right next to the University of Miami’s campus with a friend in graduate school there and didn’t even venture to one of the most talked about spots in all of Florida.  I guess this little blip shows that every city has two sides …at least.

You may be familiar…

The Most Wonderful Time of the Year is upon us!

A blaze of festive lights and Yuletide decorations will soon adorn homes and buildings across the globe.

This year, step into an enchanting Christmas atmosphere at one of Europe’s many beautiful Christmas markets.
Villages and towns across the country transform into an illuminated winter wonderland, boasting brightly decorated wooden chalets offering traditional and handmade gifts and festive holiday…
Continue