Well…I am impressed.  America’s first wine country not only boasts some solid wines, but also has its very own state grape glass – the Riedal Crystal Norton Wine Glass. Hardly anyone gets that, let alone a small wine district in the 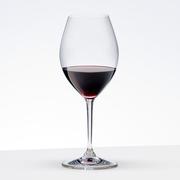 middle of the country.   I had a chance to taste some great wines in that glass and spend a few days in Lake of…

Presque Isle State Park is an arching sandy peninsula that extends 7 miles into Lake Erie and consists of 13 miles of roads (loop around outer edges of the peninsula), 21 miles…

A Mini-Guide to Normandy, France

Normandy spreads over the northwestern corner of France, a region blessed with a stunning natural beauty, one that once inspired the impressionists. With its lush green pastures and orchards, Normandy remains a largely untouched paradise. With…

"Fuck you I'm French." (Photo used for illustrative purposes only, I have no idea who this guy is. )

“Fuck you, I’m French.” Really,  this was the response to an air marshal aboard a Delta flight from Nice to New York by a passenger when confronted by flight attendants for repeatedly smoking in the… 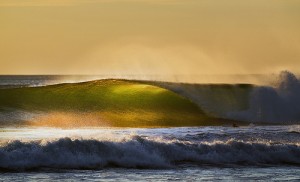 Most people visiting Nosara head straight for Playa Guiones, which with its beautiful white sand and consistent surf break, is one of Costa Rica's most favored…

Vancouver: 10 Ways to Enjoy Yourself for Free

Jazz in Kansas City is not like jazz in New Orleans or in any other great American music city. It’s a little more bluesy, a little heavier on the keyboards and bass, not so bold with the brass. They call it “cool jazz” here, jazz that’s a little gentler on the spirit. Move over potatoes, grapes are coming.  Idaho’s state slogan was “famous potatoes”, it has evolved to “great potatoes, tasty destinations”; undoubtedly, at least in part, due to the wonderful wines being produced along the Snake River Valley.  With a climate akin to the Columbia Valley in Washington State, and elevations similar to Spain’s Rioja region, Idaho produces primarily Bordeaux and Spanish varietals, with a…

Climbing Up Sugar Loaf Via a Steel Cable...Just Another Way to Get to the Top

If you want to tell people you have seen Rio de Janeiro, there are a few “not to miss” attractions and one of them is the Pão de Açucar (Sugar Loaf). Most people go to the summit of Sugar Loaf the normal way: by cable trolley. Few people know that there are alternative, more adventurous ways to get there. One of them is a walk to the top (referred to as “costão”), a three hour walk which involves a little rock climbing, but nothing…

How Study Abroad Changed My Life

They call it growing up for a reason, of course. And when you add “safe” first-hand exposure to the wide world beyond your own country's borders - as a (relatively) independent young person, still curious, full of energy, and trying to figure it all out, yet at the same time supported and protected by parents (from afar) and teachers (nearer at hand) - all this inevitably has a powerful effect on your personality, and in many cases your future course in life. Everyone's story is…
Continue

The Tropicana Casino and Nightclub opened in a lush garden in Havana on December 30, 1939. The 2nd World War swept Europe, “Gone With the Wind” had just been released in the United States and a young rebel named Fidel Castro was 13 years old.

It’s pretty amazing that Pinterest is valued at 3.8 billion dollars, even though it has no revenue.  But that hasn’t stopped the popular image-driven site from expanding its reach into travel.

The company, started in 2009, has more traffic from its mobile applications than its website, and co- founder Evan Sharp went so far as to say Pinterest is "probably the last big website...the last start up to become high-profile on the web.”

Knowing a little something about a country’s cultural and social nuances before you travel there could mean the difference between having a fun or a frustrating vacation. 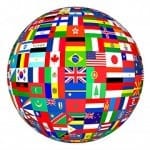 You’d want the same for a visitor in your own country, so why not make cultural awareness just as important as what you…

You should be planning ahead...marking time off and reserving your room for a 4-day Vegas getaway December 5-8, preferably at the Venetian-Palazzo because this is where indulgence lives. Here fabulous can't-miss culinary events await that will make returning to the “real world” extremely difficult.…

The USA's 10 Worst States For Roads

Every spring after all the snow melts, cities, towns and states make plans to remedy the devastation snowplows and chained tires generate on their roads. As road-repair budgets are weighed by cash strapped states, we decided take a closer look at data compiled by others and determine who had the worst roads in the country.

Four metrics were analyzed to do this.  Each state was ranked on each indicator and the results pooled to generate a cumulative ranking for all 50 states.…

Tokyo has a lot of great sights and most of the tourist sights are covered pretty well in the guide books.I'll try to add my recommendations and also add some budget tricks that I didn't find listed in the guidebooks.

The National Museum,Tsukiji Fish Market and Auction,the Metroploitan Government Building are big tourist sights ,but still well worth seeing.The auction is still great with the tour.I walked there in the morning. A Frommers pick,The Rikugien Garden is also very… The oldest neighborhood in Argentina‘s capital, San Telmo is… 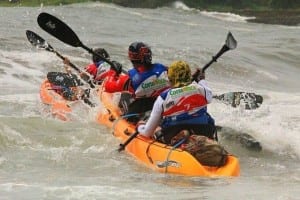 Imagine this Costa Rica vacation: Traverse the entire country from coast to coast and north to south, but only…