For some of us, part of the thrill of different shores is distinctive exteriors and interiors both cutting-edge and historic -- yes, build it, and they will come. What are the structures that strike you?

In the north of France, Lillle is 2020's World Design Capital

Well, it's certainly been a…Continue

One of the world's foremost capitals of architecture, thanks mostly to its central borough…Continue

You need to be a member of Architecture + Design to add comments!

I'm a travel agent that specialises in Cape Dutch accommodation in the Cape Winelands. The beautiful historic buildings are now home to some of South Africa's finest and most exclusive hotels and country guest houses. www.elegantplaces.co.za There are many fine examples of impressive architecture dating back to the early settlers that are restored to their former glory with interiors designed the ultimate in luxury.

BIOMIMICRY SOUTH AFRICA and ECOTRAINING are joining forces to bring
biomimicrytraining to field guides and other participants in South Africa. Who should attend this Biomimicry workshop?

Adventurous spirits looking for a learning holiday with a difference

Biomimicry and its relationship to new ideas and or answers to problems experienced in different professions opened my eyes to the myriad of applications related to structural engineering, Architecture and design.

We spent four days in the bush as part of South African tourisms
media tour with EcoTraining with Will Lawson, a naturalist appointed by
Biomimicry South Africa to be the link between professionals and the intricacy
found in nature.

Essentially we were thought how to interpret the bush and to find answers to problems related to structural engineering, workflow design, Architecture and medical fields.

Some examples that will astound you and expand your horizons are:

Termite mound;
The termite is an essential part of every ecosystem in which it is found.
It serves as nature's gardener; removing dead material and cycling
nutrients in a complex system above and below the ground. Simply put, without
them, the systems which they serve would collapse. Even though they are often
found in extreme environments, they must maintain an internal temperature of around 87 degrees Fahrenheit. By opening and closing vents, chambers and tunnels in a complex subterranean network cool air is drawn in and warm, humid air is channelled out of a central chimney.  In Harare, Zimbabwe, Mick Pearse designed and built the Eastgate Centre.  The first building of its kind
that used the time tested technique of the termites in order to cool 5,600 m² of retail space, 26,000 m² of office space and parking for 450 cars through entirely natural or 'passive' means.  The result; a building that uses 10%of the energy
requirements of a building of similar character using conventional means.
Portcullis House, Westminster, London, copied the flow mechanism to cool the
offices opened in 2001 for 213 members of Parliament and staff. Haldane Martin is a contemporary furniture design company in South African, Cape Town. Haldane Martin is owner, director and designer of the company and has been working as an industrial designer for two decades.  He has whole
hearted accepted natural models as thought provoking stimulus to his award
winning portfolio.  One such design, inspired by the humble millipede is the Shongololo Couch.  Reminiscent of Ueli Bergers 1970's style, the fractal nature of the chair mimics that of the segmented millipede.  As the millipede grows, more segments develop to support and protect it's internal organs.  As such the couch serves to rethink the way in which interior spaces are used and is a flexible and adaptable as it's natural model. 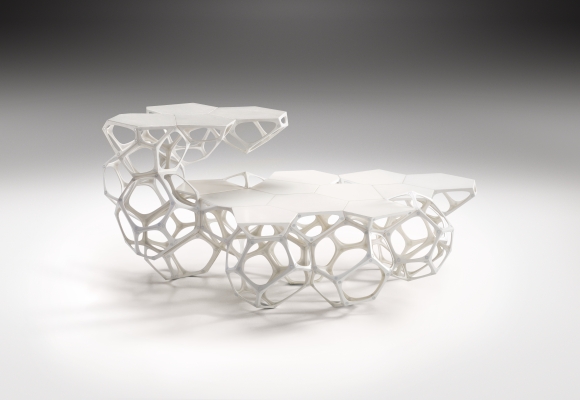 Rundles reopens on Friday, May 25th, and closes after services on Saturday, September 29th, 2012.

We are wheelchair accessible. 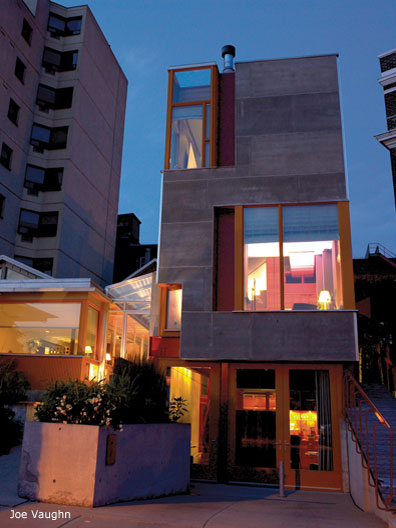 Downtown Salt Lake City’s major revitalization development project, City Creek Center, to be completed in March of 2012.  It's sustainable design features a fully retractable roof and a walkable urban mix of offices, residences and shops that will make SLC one of few cities in the nation with such a sophisticated level of mixed-use development at its core. The project will be completed in March 2012. Check out the virtual tour video!  Contact me for more.

* Recreation of Historic City Creek, the iconic waterway that once coursed through the city.
*Water Features by WET Design

* Pedestrian Skybridge, transparent but iconic, the glass walls of the bridge are etched with an artful, 3D-look leaf pattern that casts dappled shadows and evokes the natural setting.

*Major Utah funding makes it a totally debt-free development – even in this economy.

Here's a quick vid of one of Frank Gehry's lovely titanium-clad structures, the Richard B. Fischer Center for the Performing Arts at Bard College in Annandale-on-Hudson, NY. For anyone into modern architecture, definitely worth a stop.