TRIPATINI is a fun, free social network and blog where travelers and travel experts from across the planet hang out, share and learn how to travel better and smarter. Tripatini Founder, CEO and Editor-in-Chief David Paul Appell is a longtime travel writer and
editor, an alum of Columbia University's Graduate School of Journalism and Georgetown University's School of Foreign Service. He has edited travel for HarperCollins' guidebook division, Hearst Magazines' Diversion, and ShermansTravel.com, as well as served as Executive Editor of Arthur Frommer's Budget Travel and Caribbean Travel & Life. Co-Founder and President José Balido, an alumnus of Georgetown University's School of Languages and Linguistics, has written for both travel and entertainment media since 1987.

On the travel side, he has worked primarily with Arthur Frommer's Budget Travel and Diversion magazines, both of which have also published his photography, as well as the New York Post.

Truly bilingual in English and Spanish, José also speaks French and Italian fluently, communicates in Czech, can wiggle his way through German and Portuguese, and after all these years can still startle the staff at Chinese restaurants with his Mandarin. 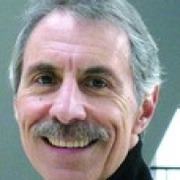 Executive Editor Ed Wetschler is a veteran travel, lifestyles, and finance editor/writer. In addition to his duties at Tripatini, he serves as Caribbean editor of Recommend magazine. He is a frequent contributor to Wells Fargo Conversations magazine and other custom magazines and websites published by Pace Communications.

Ed is the former editor-in-chief of Diversion, Hearst's leisure magazine for physicians, and has written for The New York Times, Delta Sky, Caribbean Travel & Life, the Pennsylvania Travel Guide, Frommers, Gadling, EverettPotter.com, TravelSmart, and other major media. He is also the former chair of the Northeast Chapter, Society of American Travel Writers and president of the New York Travel Writers Association. In his spare time(!), he does pro bono public relations for non-profit organizations.