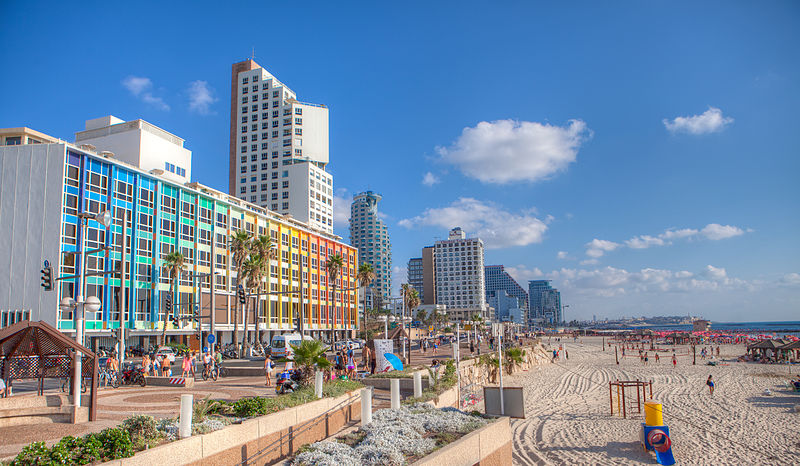 In Tel Aviv, east is united with west, the traditional with trendy, and landscape with the sea in a marvelous way. It is one of those cities that, once you visit it, you do not want to leave. This city on the Mediterranean coast combines the old with the new in a way that leaves the feeling of many different worlds at the same time. The Israeli capital may be Jerusalem, but no region in the country has Tel Aviv's global recognition and radiation.

Its name in Hebrew means "spring hill," and if a military presence is a obvious, it is a city that is sunny any time of the year and that has not only been left untouched by the economic crisis but is growing rapidly. Every day, luxury restaurants and hotels are inaugurated, while art is prospering and occupying entire neighborhoods. There are places both intimate - almost as if you are in old Europe or the old Middle East - and others that remind you of western metropolises like New York City. Its fantastic beaches are also a huge draw.

Tel Aviv is also the most important shopping mecca in Israel, and its economy accounts for about 15 percent of national employment. There is a large part of the Israeli industry concentrated, mainly in the textile, metallurgy, tanning, printing and diamond processing industries. The metropolitan area of ​​Tel Aviv is the center of Israel's high technology, and the city is also an important educational center with many educational institutions.