The word Yoruba is an adaptation from a Yoruba phrase “Yo ru ebo” meaning he has to sacrifice , it is the largest ethnicities found in West Africa and one of the most popular and populated in the world with varieties of stories to their as to their origin. The versions are classified majorly under two (2) brood heading: Political and Cosmogonic myth, these two versions further produced four types, two for each of them. Meanwhile, all the stories end up with the belief that Lamurudu begat Oduduwa and two other children, Oduduwa begat Okanbi also known as Idekosewake, Okanbi begat 7 children that are known as the founders of seven Yoruba main tribes.
Yoruba people have the largest population in West Africa and majority of them speaks Yoruba language. They are estimated to be 22million and 21% of the total population of Nigeria where they come from and with second generation settlement, they are most common in West Africa and by means of old-days slavery and current day migration, they are found in Europe and other Continents of the world.

HOW DID THE RACE STARTED
Oduduwa who is the progenitor of Yoruba race’s main work till death was rituals and Voodoo as well as traditional ruler of Ile-Ife. Okanbi who was the only son of Oduduwa has seven children that were fully grown before Oduduwa was died, because of the love among them, he was said to have given a crown each for the seven of them and made them kings and rulers wherever they found themselves and send them out. Therefore the Yoruba race started from Ile-Ife and was expanded by Okanbi seven children whose names are given below
1. Olowu of Owu (son of Oduduwa’s daughter)
2. Alaketu of Ketu (son of a princess)
3. Oba of Benin
4. Orangun of Ila
5. Onisabe of Sabe
6. Olupopo of Popo
7. Oranyan of Oyo
Therefore, the origin of Yoruba can be traced to Ile-Ife, the first generation settlement of Yoruba, secondly, the second generation settlement created by Diaspora conquest and / or unforced resettlement and finally, 3rd generation settlement which consists of villages and municipalities that emerged following the Yoruba wars. It is now the combinations of these three that account for Yoruba land all over Africa and the world making it difficult to accurately count them. Three of these seven children of Okanbi went out of Nigeria to Benin Republic, settled there even till date. 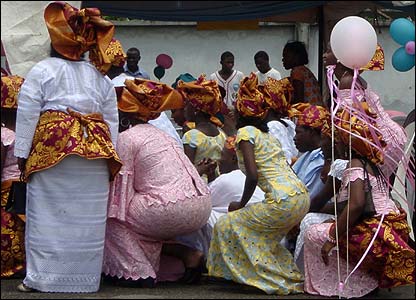