No matter where you go -- whether across the globe or across your state/province -- you need to keep eyes open & wits about you. We discuss destinations, measures, techniques -- anything that will help you get back home safe & sound!

Is this the strongest proof yet that flying is safe in the pandemic era?

Protecting yourself against cybercrime while traveling

Our blogger's list of 9 safest African countries to visit

You need to be a member of Travel Safety/Security to add comments!

The biggest travel safety tip I can give you? Use common sense. More? See our report today at The World on Wheels on what you can do to travel safely and secure your home while you're gone. We'd also like to see your tips in the comments so we can include them in an update: http://tinyurl.com/aebgj7u Now on our blog: when you travel, you could become be a target for identity theft.

Thanks Ed, this is a fascinating recount. I am not surprised by the reaction of embassy and high commission staff. I don't hold much hope for what those of us who travel can expect from them.

That was an interesting comment about the layers of paint. I'm doing a cruise in March. I shall now look at paint build up around my lifeboat.

A colleague forwarded me this from a friend who was on the Costa Concordia:

Your Gordon Lightfoot rendition of the Concordia disaster was right on. You are a talent.

We did not have to swim to the port of Giglio from the beached ship.  Rather we experienced a horrendous boarding onto a lifeboat which was navigated by untrained cook and cabin staff, who were as frightened as we passengers. No official officer crew in sight as we soon learned that the Captain and his sr. crew had left.

The launching of the lifeboat was difficult as it required hacking off layers of paint to release the mechanism that moves the lifeboat away from the ship after which it can be lowered to the sea.  These maneuvers resulted in much pitching and screaming along with directions to move to certain parts of the boat to counter the shifting.  We were afraid that the lifeboat launch was going to kill us all and it nearly did including a near miss crash of our boat onto the top of another lifeboat launching from the deck below and having exactly the same problems we were having.

We finally made it to the water which was rough and pitchy and for some reason our "navigator" kept circling our fallen cruise ship rather than heading straight to shore.  Many passengers threw up due to the heavy waves.  It was only after a man insisted that we go directly to shore because his wife needed immediate medical attention that we finally got to shore.

We were dumped off onto this island of 700 inhabitants - no direction as to where to go and we just walked around watching our cruise ship tilt more and more  eventually laying on its side like a beached whale as one BBC newscaster described it.  We ended up being bused to the upper area of the hillious island and to a cold, cold stone church with one bathroom and hard wooden pews-no blankets, food and heat.  Others from the ship were bussed to other sites where there were better facilities, food and warmth.  As in life some ended with better and some with worse experiences.

We tried to rest bu;t soon were told that a bus would return and take us back to the port for a ferry ride to a port that was north of Rome but on land not an island.  The open ferry ride was cold, cold and 2 hours long.

When we embarked [I think she means "disembarked"] we were met by what seemed like the entire rescue , ETS, red-cross of Rome.  We were given warm blankets and hot tea - those of us who had injuries were treated. We then boarded buses fro a 3 hr. ride to Rome Airport and the Hilton where we were given rooms.

That was the end of a twelve hour ordeal.  But our challenges were just beginning as Costa was inept at making arrangements to get us home.  Our passports had been collected at the beginning of our cruise and the U.S. Embassy was not helpful.  Embassies of Germany, Spain, Argentina, Australia, Philippines and Netherlands were present to help their citizens, but our embassy was MIA.

Can't write anymore- am getting weary and jittery just thinking about it.

Now here's an interesting thought, recently discussed on our blog: are vacation rentals safer than hotels?

@Ed...today, I never left the secure zone changing planes in Atlanta, yet I had to go through security again.  I never thought TSA or DHS should have ever been invented. Too much panic after 9/11.  Security wasn't the problem then, the terrorists did not sneak anything illegal on the plane, they just exploited our mindset and complacency. Good article.

Today on The World on Wheels...of all the reports we've done, this is the first one that got me "detained" by law enforcement. This is where you don't want to end up staying when you're in L.A., The Dungeons of Los Angeles: http://tinyurl.com/79efcy6 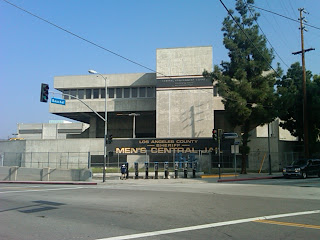 This sounds like the 70's or 80's when one could walk in and out of airports without a sideways glance. In majority airports around the world there is reasonable security though at the seperate enclosures for travel to the USA, we have to go through the 'madman' is coming scenario.

Darryl, sorry I almost missed your question. The answer is, there was no security, no gate, no nothing. You could actually see someone off. And get this: that airport is for a city of 1.1 million people. Maybe one day some madman like the guy who just tried to blow out windows in the White House or the kid who shot Ronald Reagan (What -- to impress Jody Foster!?!?) will wreak havoc in a New Zealand Airport, but until then, this sure was pleasant.

By the way, make sure you've seen Kaleel Sakakeeny's blog on this very subject: http://www.tripatini.com/profiles/blogs/billions-spent-but-are-we-a...

Yeah. I shared a villa in Tuscany with the head of security for a major NA airport. He told me of the mistake that lead to finding a handgun in a passenger's carry on. This was after the no-liquid ban went into effect. They had to re-calibrate their scanning equipment so that it would detect liquids. It so happened a man foolishly had a large bottom of shampoo in his carry on. The agents opened his bag and that's how they found the gun. My friend was shocked that the equipment - at least then - couldn't scan for both liquids and metals.