The city of Paso Robles is located in San Luis Obispo County in central California.  It's famous for the 200-plus wineries covering over 40,000 acres of planted…

The Street Food of Sayulita on Mexico's Riviera Nayarit

The unpretentious pueblo known as Sayulita is located on the Riviera Nayarit in Mexico and has a magnetic personality that keeps drawing us back.  This beach town is just north of Puerto Vallarta, but as we've noted before, it’s a world removed from… 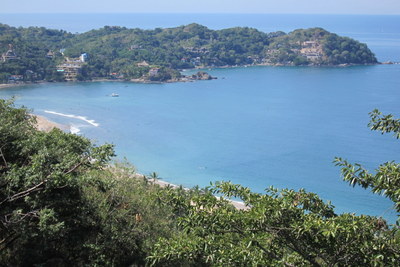 What is it about Sayulita on the Mexico's Riviera…

We heard about a sleepy little fishing village just north of Puerto Vallarta from friends who had visited the area and found this relatively hidden gem of a vacation destination, situated on a prime section of sandy beachfront with a long, gentle surf break of warm, clear water.… 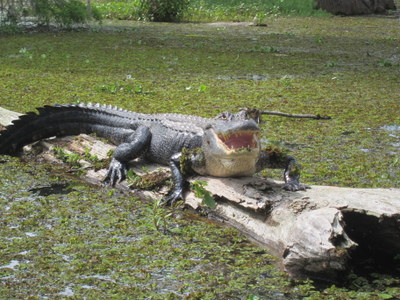 New Orleans has the well-known reputation of party town central and an amazing assortment of fine dining establishments all wrapped up in a boisterous and lively bundle... think Mardi Gras festivities as standard fare concluding with gusto on the weekend.

But there really is a lot more to…

During a recent visit to Playa del Carmen on the Yucatan Peninsula in Mexico, we became fascinated by the Mayan Culture and their spiritual history.  In addition to the dozens of ancient pyramid-temple ruins that are spread throughout the area, there are also numerous revered underworld caves to explore.

The Rio Secreto (riosecreto.com) was a highly recommended tour company that specializes in a…

On a recent visit to Mérida, the capital city of Yucatan State, we opted for a side trip to the Reserva de la Biosfera Ria Celestun (Celestun Biosphere Reserve).

This protected, coastal wetland reserve and wildlife refuge encompasses over 147,000 acres and showcases their hugh flocks of vibrant pink Caribbean flamingos (Phoenicopterus ruber). The flamingo nesting area was one thing, but pink was not the only…

In pursuit of the holy grail of Yucatecan Mexican cuisine we selected the renowned “Los Dos” cooking school, created by the famous chef David Sterling, which is located in Merida, the capital of Yucatan state. We were not disappointed.

The Lost Tradition of Sending a Postcard

Once upon a time, maybe only ten years ago, sending a postcard from Italy (for example) was a well thought out undertaking designed to share your experiences and to mischievously remind your friends and family that you were “here” and they were “there”.

It was a time-tested ritual that has unfortunately gone out of fashion due to the advances in technology.

Is that a good thing or a bad thing?

In the “Old Days” the postcard…

Visiting Another Side of Mexico: the Yucatan Peninsula

There is Mexico and there is the Mexican state of Yucatan. The former gets a lot of negative (and often unfair) press and the latter hardly gets mentioned (unlike the resorts of next-door state Quintana Roo, Cancun and the Riviera Maya).  Being inquisitive slow-travelers who prefer the “unusual,” we did a lot of research and discovered the essence of a…

Lucca is a captivating walled medieval city located in Tuscany, one of Italy’s most visited regions.  The exploration of a destination city can be either measured in hours or in days - day tripper versus slow traveler. And we encourage the latter whenever possible… so stop and smell the pizza!

The Day Tripper’s View of Lucca…

Our “ultimate European road trip” terminated in Stuttgart, Germany where we dropped off our once brand-new Macan S, which we named Max, at the Porsche factory for its shipment home.

After being on the road for almost 30 days driving through Germany, Austria, Italy, and Switzerland,… Our “ultimate European road trip” started in Stuttgart, Germany after we picked up our brand-new Porsche Macan S from the factory, now heads back north to Stuttgart as we conclude our extended vacation.  Our…

To Konstanz, Germany - Both Under & Over the Alps Our “ultimate European road trip,” started in Suttgart, Germanyafter we picked up our brand-new…

Exquisite Lake Lugano, the 'Little Lake in the Middle' Our recent “ultimate European road trip” now heads north through Italy's lake country, stopping at Lake Lugano, between Garda and Maggiore. About two thirds of this lake's shoreline is in Switzerland and about one third in Italy, resulting in a blending of their respective cultures which creates a unique as well as charming…

The Cinque Terre ("Five Lands") is a quintet of hillside villages: Monterosso al Mare, Vernazza, Corniglia, Manarola and Riomaggiore, part of the Cinque Terre National Park and with the distinction of being a UNESCO World Heritage Site.

We established our base camp in Sestri Levante and settled into an eight-night vacation rental in the center of town.  On previous trips to this area we saw the white mountains surrounding the village of Carrara and made a note to someday add it to one of our itineraries… today was the day!

Tunnels and Caves in the Hills of Carrara, Italy

The drive from Sestri was less than two…

Our Porsche Macan road trip started in Stuttgart continues from the Lake Garda area in the north of Italy to the west coast and the Italian Riviera.…

A Ferry Ride Back in Time to the Roman Villa Ruins on Lake Garda, Italy

When we planned this vacation, Lake Garda's Simio Peninsula, Sirmione, and its Roman villa ruins became a magnet, and we scheduled a day trip back into history to visit an ancient vacation site of extremely wealthy Roman citizens.

Planes, Trains, and Automobiles - But We Choose the Ferry System…

On Lake Garda, the Poet & the Dictator Who Shaped the Destiny of Italy

A Surprise Discovery in Gardone Rivera

We selected the town of Gardone Rivera, on the shores of Lake Garda, because of its proximity to the Sirmione Peninsula and the archaeological site of well preserved Roman ruins.

We usually plan some “open…