Fertility Tourism: Selling Women’s Eggs for Bucks and Travel. How Right is It? 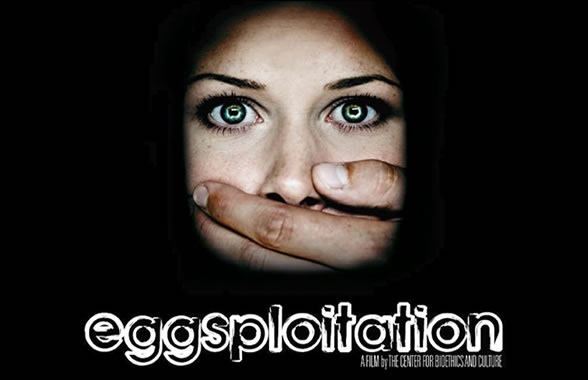 Fertility Tourism: Selling Women’s Eggs for Bucks and Travel. How right is this?

The in vitro fertilization market is a billion dollar industry that touches almost every country in the world. It touches the wealthy neighborhoods of London and reaches  into the Americas, Asia and the IVF capital of the world, Cyprus, which has more fertility clinics than any other country in the world, and attracts people from all over the world: shorter waits and perhaps great beaches.

While most of the 250,000 test-tube babies born each year come from their biological mother’s eggs, many poor and uneducated women are altogether very eager to get pumped up with hormones and sell their eggs for a few hundred dollars.

However, as Fast Company reports, an American women can get an average of $8,000 per batch of eggs, but if she’s an Ivy League graduate with a high SAT score, her eggs can fetch upwards of $50,000 “while the uneducated Ukrainian gets flown to Cyprus, picks up a few hundred dollars for the extraction, and a couple of days on the beach.”

There is, says the magazine, a desperation on both sides: the seller for money and the buyer, eager for children, creating a vast network of IVF-related travel  tourism.

The bioethics of the sale of eggs is murky, as are the rules governing the process.

For example, Spain reported 7,080 egg donations in 2007 accounting for half of all of Europe. British law, on the other hand, banned payments to egg donors but allowed “compensation” not to exceed $375.00 (240 pounds).  So the embryo in the gleaming Barcelona clinic will likely be a child growing up in London.

Turkey banned citizens from traveling abroad for egg or sperm donation, as did Israel, but Israel permits compensation to keep the women there.

The trade is brisk, with Russian women rumored to be in high demand because of their bone structure and complexion, and the technology permitting instant, global fertility services is already available.

There is no question fertility travel with its promise of children is an answer for older women, homosexual couples, infertile couples...anyone eager for a child, a family,

But if supermodels or athletes or brainy college graduates can be paid big bucks for their eggs, and the offspring  sold for a million bucks or more , then the day of designer babies will have come. Or rather it’s already here.

How great can a beach be?

Is this an ethical issue or a private transaction?