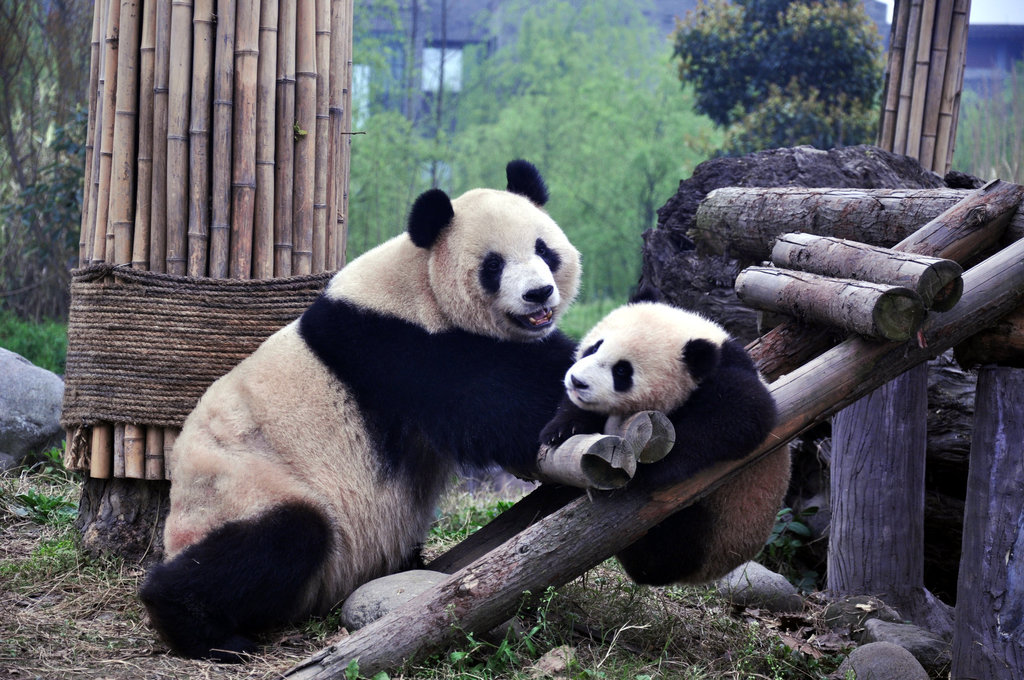 For years, scientists have argued about whether the panda is more closely related to the bear or the raccoon. Bears, raccoons, and dogs all descended from the same common ancestor that lived over 24 million years ago.The panda has some characteristics common to bears, but other characteristics are not like bears. For example, their head is larger than a bear‘s, their skull and dental structure do not resemble a bear‘s, their hind feet lack a heel pad, they do not hibernate, and they do not walk on their hind legs like bears. Some physical characteristics of the panda closely resemble the raccoon: the male genitalia of both the raccoon and the panda are small and pointed to the rear. Pandas are about the size of the American black bear. An adult panda is typically 1.5 meters long (4 - 5 feet) and weighs about 75 to 135 kilograms (165 to 353 pounds). Males are 10% to 20% heavier than females. Pandas live between 18 to 25 years in the wild.Pandas have large molars and large jaw muscles extending from their jaw to the top of their head that crush the fibrous plant material and tough stalks of their main food, bamboo.Pandas are most active at twilight and night. Their pupils have vertical slits, like snakes and many nocturnal animals, which allow them to see better at night.Flexible forepaws and an enlarged wrist bone that works as an opposable thumb are useful for handling bamboo. http://www.panda-volunteer.com