The Wildest Mountain Alive, a Mike Tierney painting that has been named the best representation of the spirit of Jackson Hole, Wyoming, captures the essence of this exciting winter resort, with its dollops of snow; peaks and steep walls; a 4,100-foot vertical; and mix of groomed and untamed terrain. My nephew won a Powder Magazine award for a riveting descent of the cliffs outside the resort boundaries and a month later he blew out his knee, but he still loves Jackson. My wife and I do, too.

First, some definitions: Jackson, the main town in this northwest corner of Wyoming, is virtually inside Grand Teton National Park; in fact, its airport is the only one that's literally in a national park. The term "Jackson Hole Mountain Resort" refers to the famous ski area.

In celebration of its golden anniversary season, JHMR has opened a new Teton Lift that servesin-bounds terrain, and the resort is hosting events throughout this winter, including the Throwback Reunion Weekend (Feb. 5-7), the Powder 8s Contest, and the annual Rendezvous Festival March 17-20. (FYI, March is a wonderful month for skiing here, neither cold enough to chill you nor warm enough to melt the snow, and brightened by a higher sun that sticks around until late afternoon. Downhill heaven, and especially for intermediate and advanced skiers.)

There is so much to do in this area that ski widows and (with a nod to my friend Larry) widowers have agreat time here. They are captivated (as I am) by the galleries and the National Museum of Wildlife Art, look down upon the Tetons from a hot-air balloon, or take a horse-drawn sleigh ride amid the creatures in the National Elk Refuge at the edge of town. 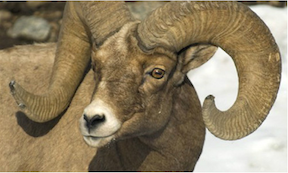 My favorite non-skiing activity? A winter wildlife safari. When my wife and I took one with Kurt F. Johnson, the resident naturalist at Spring Creek Ranch, we saw tall elk (the males still have their antlers in late winter, although they can no longer remember what to do with them), mule deer (far heftier than whitetails), coyotes the size of wolves, hawks, eagles, B52-size swans, bighorn sheep with curved horns, and three moose enduring a squall like stoic giants. Mind you, this was all in just one afternoon.

For affordable lodgings, stay at the Jackson Hole Lodge in Jackson itself, a 20-or-so-minute drive from the slopes. My wife and I have stayed at the Wort Hotel, a member of Historic Hotels of America that evokes Wyoming's cowboys roots. Up in Teton Village, the cluster of hotels and restaurants serving JHMR, we've stayed at RockResort's Snake River Lodge & Spa, a slopeside luxury hotel with a sense of place and the spa you need after a day on the slopes. Two personal stories reveal different things about this area: One afternoon at JHMR, my wife and I took a lift up, way up to what looked like a manageablebowl. It wasn't, at least, not for us mediocre skiers. What to do? Try to ski down anyway, which we did without accident or even incident. That felt very good.

The other story concerns our last night at the Wort Hotel in Jackson, when I foolishly parked my rental car in a no-parking-or-we'll-tow-you spot. Sure enough, the car was gone in the morning. I went to the police station to bail it out, and the woman there felt so bad for me that she gave me a poster depicting the rugged beauty of the Tetons. Today it hangs in our house, the most pleasant reminder of a parking ticket on earth.

For more information, visit the websites of the Jackson Hole Chamber of Commerce and Jackson Hole Mountain Resort.

Jackson Hole Mountain Resort is a cool place! i was there towards the end of last year with my family. It was such a great experience.

P.S. This is that consolation prize for the parking ticket. 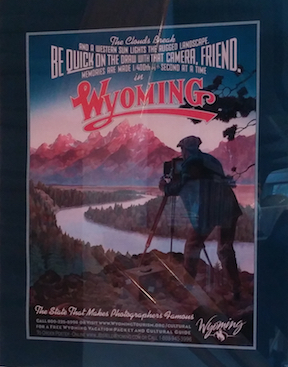