Pamplona's Running of the Bulls: A Delirium That Doesn’t Stop, A Communion with Absurdity 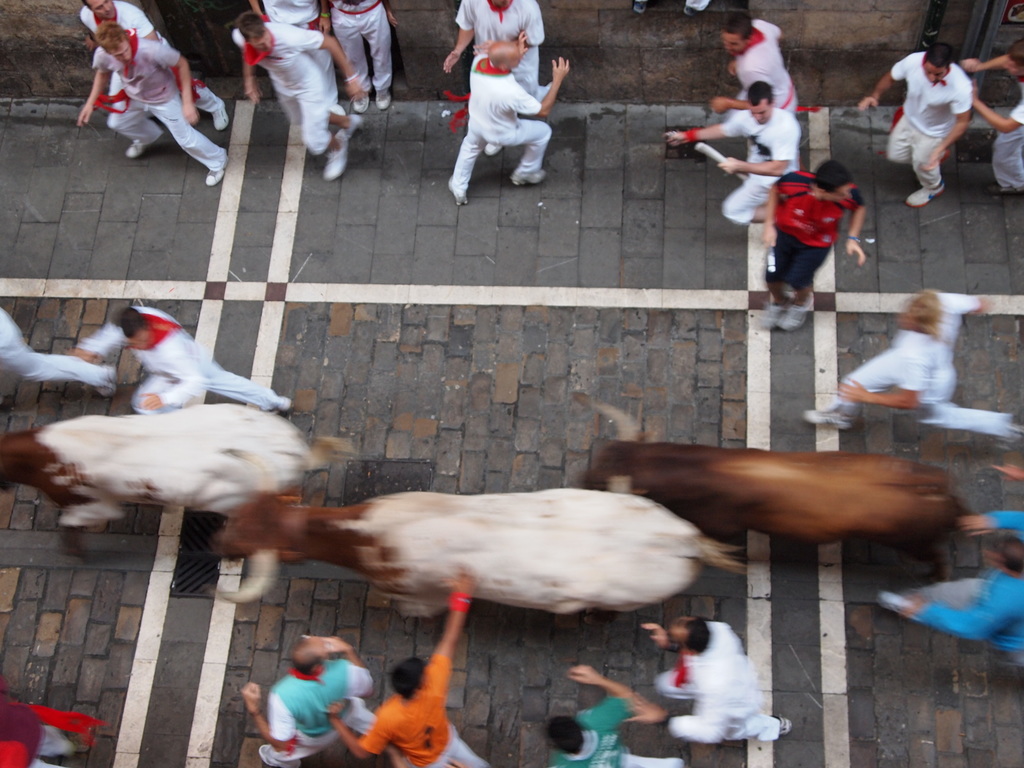 The 2013 Fiesta de San Fermín - better known to many as the Running of the Bulls - got underway today in Pamplona, Spain. When I arrived here in the summer of 2010, I remember thinking it was hard to believe that the quaint little city of only 300,000 people could play host to an additional 700,000 people and one of the craziest parties imaginable.

The changes throughout the city became rapid in the days leading up to the start of San Fermin. The fences, which lined the Bull Run seemed to sprout and grow over night. Shop owners along Estafeta began boarding up their windows on July 5th to protect their property from the inevitable damage the Encierro always causes.

While the Hemingway bar in Plaza del Castillo and the endless beverage choices along San Nicolás and Jaurata Street became our regular hangouts, nothing in Pamplona compared to walking the course that turned into the Encierro (bullrun) route on July 6th at 8 am. Starting at the Arga river, where the night before the run the bulls cross from their holding pens to the corralillos, up Santa Domingo, past the Ayuntamiento, (city hall) around the infamously dangerous Curva de Mercaderes, down Estafeta, all the way through Old Town to the entrance of the Plaza de Toros (bullring), cannot be walked without thinking of the Bulls and the brave that choose to run.
Legendary bull runner Matt Carney said: "You give of yourself when you run the bulls... you let it all go... your time, your money, your belief, your life, your self, into the wild forms of joy and fiesta."

The night before the chupinanzo, I stood looking out on the Estafeta from our second floor balcony. It was noisy (nothing compared to the volume that San Fermin brought) as many locals and a handful of foreigners shared food and wine. The street was buzzing, the current inhabitants seemed to feel the energy and anticipation of the week's activities to come.

On July 6th at noon the rocket, the chupinanzo, was fired, announcing the commencement of Fiesta. The Plaza Consistorial in front of the Ayuntamiento turned into a mob scene. "Yes, the crowd is a young, exuberant, undisciplined legion armed with an arsenal of cheap champagne that is poured and strayed over everyone within firing range” (Ray Mouton). The following nine days occurred in a blur of red and white. Bulls ran and died every day and night, horrific gorings occurred daily, crowds cheered Spain to World Cup victory, the streets were filled with endless music, and the free flowing sangria fueled the young and old who partied every hour with out stopping.

“Pamplona is the last legal drug… a delirium that doesn’t stop, a communion with absurdity.” 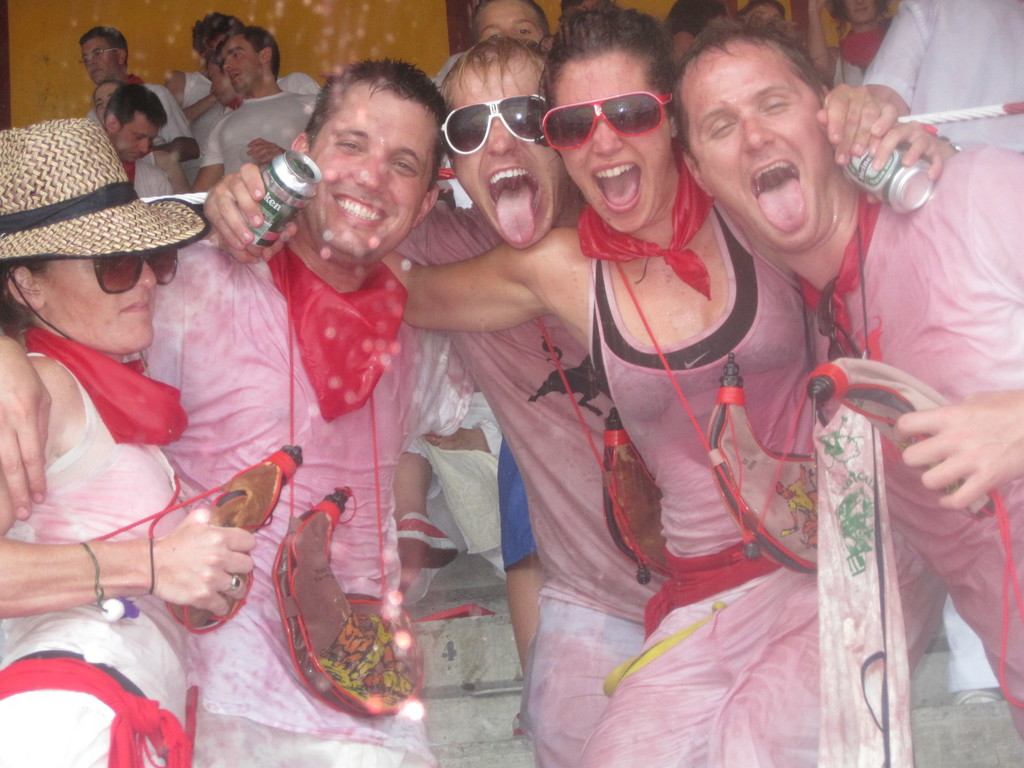 For a fun and unforgettable experience at events like the Running of the Bulls, Oktoberfest, the Olympics and World Cup, check out Ludus Tours!

Always wanted to do this and now you've got me thinking about it again.