Being a West Africa aficionado and responsible tourism campaigner, I talk within this blog post  about my thoughts on how travelling to a country such as  Sierra Leone can help change the countries' image for the better, can allow for the traveller to have amazing experiences, and can go a long way to helping local communities develop a sustainable income. I have recently helped organise an  expedition, in Sierra Leone, for Secret Compass to that effect.
Western perceptions of African countries are shaped by the media focus on the events that take place within its borders. Let’s take the example of Sierra Leone which was ravaged by civil war for 11 years from 1991 to 2002. The stories of atrocity and bloodshed were given high coverage by the western media.
In 2006 Hollywood highlighted the plight of the people in Sierra Leone by making the film Blood Diamond. This told the story of diamonds mined in African war zones, sold to finance the civil war and in turn profiting the warlords and global diamond companies. With such high media coverage the image and reputation of Sierra Leone as a war-torn, dangerous country has stuck. Now ten years after the civil war has ended Sierra Leone wants to change that image for
good, in order to show the world that the country is a totally different place today. It is safe, the people are friendly, and it is still untouched by mass tourism. 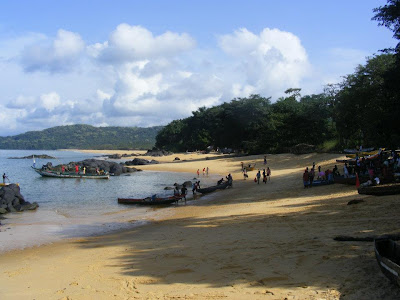 Does this look like a scene from Blood Diamond?
What better way to change peoples’ perspective about a destination than by letting them see for themselves how the country is now, and they will go back home, tell their friends and share their experiences.
This is what I did. Having travelled to West Africa on several occasions, and having lived in Senegal, I had an idea of some of the misconceptions that people have of West Africa, and especially of countries that had experienced conflict, famine and drought.
The western media has, for many years, portrayed many of West Africa’s nations as dangerous, oil spilling, disease ridden, dictator ruled, underdeveloped countries; but the truth couldn’t be further from this. I can’t deny that some parts of West Africa are less safe than others, but there are so many exciting places to discover, inspiring people to meet, and life-changing experiences to have.
In my recent trip to Sierra Leone (locally known as Salone), I travelled across country from the Ocean to the ‘Provinces’ – the Hinterland of the country – to learn more about the backwaters of such a misunderstood part of the world.
My first experience was the western Peninsula are region found just under Freetown. A place of natural beauty, lined with pristine white and yellow beaches, gradually fading into virgin rainforest covering mysterious hills cloaked in mist, inspiring many a legend told by the locals. 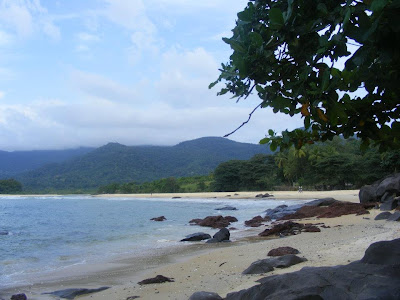 "A place of natural beauty, lined with pristine white and yellow beaches, gradually fading into virgin rainforest covering mysterious hills cloaked in mist..."
I don’t want to sound clichéd, but I felt like I was in paradise! I had walked along the vast stretch of beaches from community to community, trying to get a feel of the area. The local communities’ hospitality was overwhelming. One moment I had a freshly opened coconut in my hand, and the next a cup full of sweet Poyo, or Palm Wine, freshly tapped from this special type of palm tree. As the locals put it, the fermenting nectar is “a gift, from god to man!”. I could’ve stayed there for the whole time, but the promises of adventure in the rainforest were calling!
So I jumped on an Okada (a motorbike taxi) to the next major city of Waterloo, negotiated for a space on a rickety minibus and took-off on a 6 hour trip along a “surprisingly smooth motorway” (recently funded by an Italian mining company) to the second largest city of Sierra Leone, Bo: ‘Gateway to the Gola Forest’.
I had heard of some amazing places to visit in the Gola Forest located in the Lower Guinea Rainforest belt. Once the notorious stronghold for the rebels during the Civil war, it is now a stable part of Sierra Leone where small mud hut villages are separated by meandering jungle paths criss- crossed by streams. Not to mention the mighty Moa River running through the region! 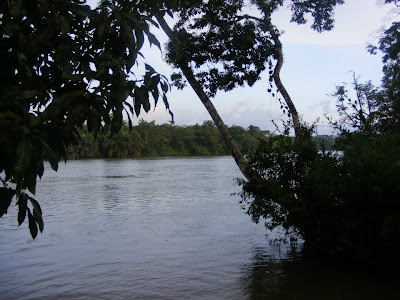 The mighty Moa River, with Tiwai Island in the background
During my brief stint in the region of Bo, visiting a village called Potoru and the Tiwai Island Wildlife Sanctuary, I managed to gain a clear insight into the regions potential for organising expeditions, ‘off-the-beaten-track’,  so as to explore the region more in depth.
I had never seen such a concentration of wildlife in one place! Primates, birds and insects; all competing to be the centre of attention. I had also heard of there being cobras and green mambas, as well as crocodiles, hippos and the elusive, rare and endemic pygmy hippo.
I had conversations with local fishermen about the relationship that the people living along the Moa River have with the animals. Talks of crocodiles saving fishermen from drowning, and hippos warning them of impending danger was one of the topics covered; villagers speaking to monkeys through special calls passed down from generation to generation was another. However, I did meet a local guide who had had a close encounter with a crocodile and had the scars to tell the tale.
I remember talking to villagers around an open fire about spirits, secret societies and magic. There is still the local fascination with the ‘Kamajor’, traditional hunters who claim that they have supernatural powers thanks to the ‘gri-gris’ or talismans they wear. It is said that they can shape-shift into animals and inanimate natural objects and remain concealed until the opportune moment.
This is definitely not a place for the faint-hearted, but would appeal to those with a sense of adventure, a thirst for excitement and knowledge, and those searching for unforgettable and awe-inspiring experiences. 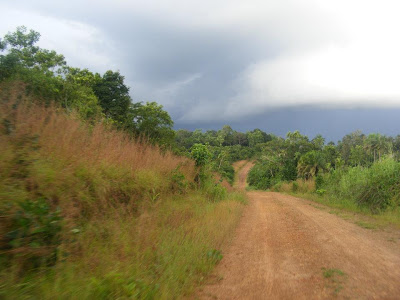 The most important is the journey, and not the destination...
Sierra Leone is still somewhat of an unexplored part of the world for travellers, but holds an undeniable potential for the development of expeditions, adventure activities and exciting cultural encounters. Slowly but surely however, tour companies and hotel developers are creeping in to tap into the natural beauty and relaxed vibes that Salone’s coast radiates, and if not managed properly, the local communities are at risk from losing what could be their ticket to a sustainable economic development through tourism whilst holding true to their ways of life and unique laid back attitudes.
Taking this into consideration, I will be going back at the end of November to explore the coastal and rainforest covered regions of Salone more in depth, as well as to visit many local communities. I will be conducting a recce for an  expedition run by Secret Compass that I helped organise, and I’m hoping to look into other possibilities that could hold the key to helping local communities develop an income through tourism that respects the social and environmental elements of the destination through the implementation and development of the responsible tourism concept.
Sierra Leone and its people deserve more than being known as a nation in turmoil. The country’s people are positive, the times are changing for the better, and so should peoples’ perspectives towards some of the most beautiful yet misunderstood parts of the World. Exploring a country such as Salone can help develop more of a respect and understanding towards the country, its culture, its environment and its people. So, what are you waiting for?
Thomas is the founder and CEO of West Africa Discovery, a web portal aiming to raise awareness towards West Africa as a travel destination, as well as promoting responsible tourism ventures that aim to make destinations “better places to live in, and better places to visit”. Visit www.westafricadiscovery.com, or join a growing community of people passionate about West Africa on Facebook or Twitter. 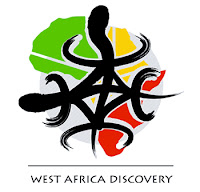