North India - When we start talking about northern India, we think first of the historic Golden Triangle formed by Delhi, Agra and Jaipur and then imagine crossing the deserts of Rajasthan and then going to destinations heavenly Himalayan paradise.

So let's start where most trips to India start and talk about The Top Places to Visit in North India.

If you are visiting North India, Delhi is your first destination. And if so, you will probably be told that the growing crime rate in Delhi is real, but there are other things in Delhi than that! It is a modern city with a rich historical heritage: its architecture is varied and especially its monuments, tombs, temples and ruins of old Delhi are very interesting. Shopping in the Sarojini Nagar and Janpath district, varied food in all the streets of the city, medieval village of Hauz Khas, and hippie district of Pahadganj, these are things everyone appreciates in Delhi. However travelers who love luxury or Good dinners will also be enjoyed with all upscale malls and luxury stores in town. The city is very extensive and each area is like a different world. Lose yourself while walking through the alleys of Chandni Chowk. Highways connect these different worlds. In Delhi you can find everything, and all this makes a fascinating metropolis where you can spend months without getting bored and discover all these fabulous recesses. 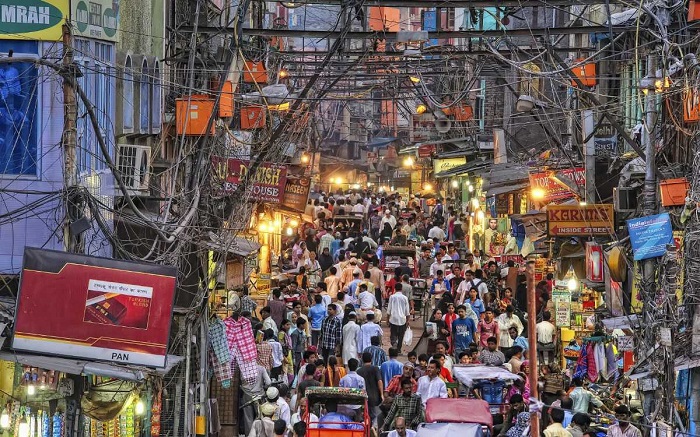 Agra is situated in Uttar Pradesh in North India. Yes, we all know that the Taj Mahal, which is unmistakably beautiful, especially with the light changes at dawn and dusk, is a big part of Agra's fame. But there are many more places to see here. The Agra Fort, the Baby Taj (a small unfinished version of the Taj Mahal in black), the Akbar Tomb and the Fatehpur Fortress City (Fatehpur Sikri) are all famous monuments, each with its unique historical significance and genius architectural. This is what you expect from a city that was the capital of India under the Mughals. The city of Agra itself can be an experience. Many bazaars are gathered and most monuments line the Yamuna River along the east side of the city. Taj Ganj is the neighborhood around the Taj Mahal where you will find cheap accommodation and many small craftsmen who make replicas of the Taj Mahal Marble Inlay as well as other fine art objects. Sadar Bazaar is another area where you will find more chic accommodation, artisanal emporiums and many restaurants. Further north of Agra Fort is the Kinari Commercial Bazaar surrounding Jama Masjid, Friday's mosque? 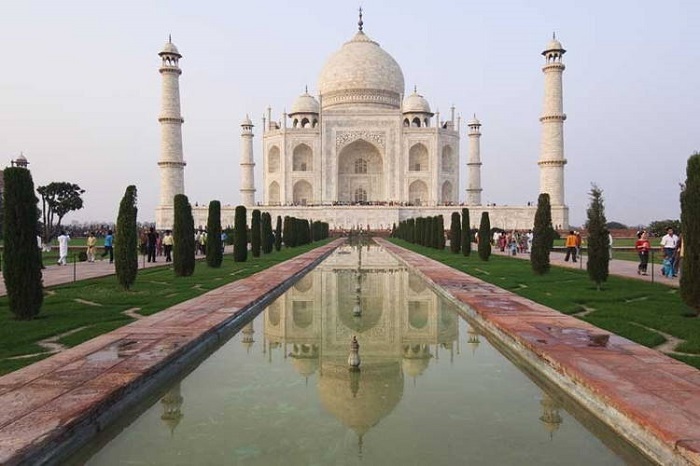 It is one of the best Indian destinations for tiger watching. You will have the best chance of seeing a tiger up close in Ranthambore located in the state of Rajasthan in North India. Tigers here, feel masters of the place, less disturbed by the visitors and their cameras sometimes noisy. You may even feel that some of them are posing to satisfy you from time to time. It's not that simple, any animal photographer will tell you. But the proximity of this Delhi, Agra and Jaipur makes it a popular destination for nature lovers. You will see not only tigers, but Nilgai, antelopes, jackals, jungle cats (leeches), leopards and many birds if you are observant. Experience tiger trail with the most luxurious Palace on Wheels Train but be sure about the prices, departure dates, route map etc. before planning your trip. 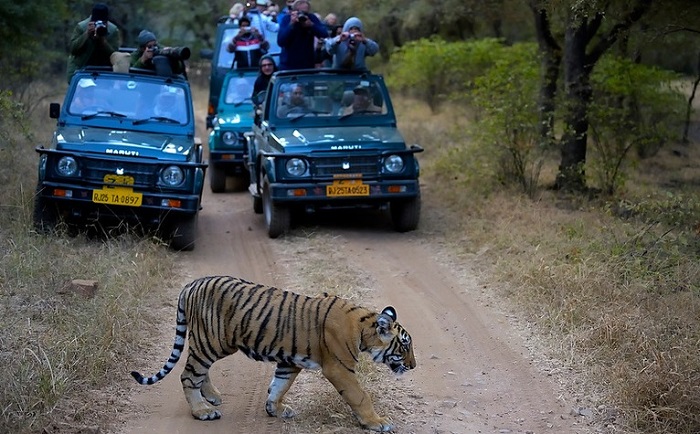 Also called Benares and Kashi, it is an old city that is around the banks of the Ganges. The banks of the river are lined with ghats that lead to the holy waters, where you will see priests, pilgrims and other people dressed in colorful clothes, performing their ablutions and performing rituals. The ghats of Varanasi are also the place where many Hindus in the north of India come to accompany their deceased for their cremation. Others come to attend the great Ganga aarti, the evening ceremony. Watching the Ganga Aarti in this "city of light" that was created by Lord Shiva, is certainly one of the most intense and moving experiences you can have in North India. Varanasi has a unique atmosphere, probably because this city is considered one of the highest pilgrimage sites in the country. It is a city of sages and priests, a strange place where deities abound, and elderly believers wish to come to their last breath. The sensual sculptures of the temples of Khajuraho are still unmatched. There are several theories that try to explain why the leaders of the Chandella dynasty erected these erotic temples, explicitly built between the 10th and the 12th century AD.  Another more serious is that statues symbolize the wedding of Lord Shiva and his wife Parvati. The British rediscovered this forgotten architectural wonder, 400 km from Agra (south-east) and west of Varanasi in 1838. The temples of the West Group are particularly astonishing with their pinkish sandstone and almost 3D relief illusion that the characters are alive. The village of Khajuraho, although a little forgotten by the grandeur of the temples, has its discreet charm, with a relaxed rhythm, a beautiful market and beautiful restaurants. The dance festival is a good time of year to visit Khajuraho. 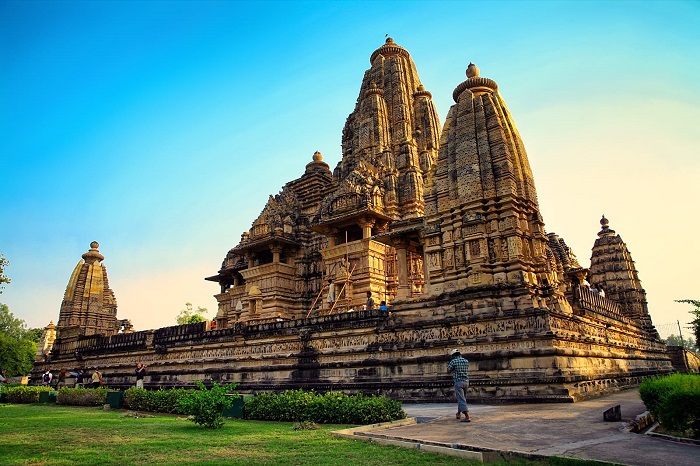