After coming back from Sierra Leone, and having had one of the most amazing times of my life, I decided to share my experience with others to hopefully inspire more people to go and explore this beautiful yet misunderstood part of the World. This is the first part of Travels in Sierra Leone: Peninsula, Provinces and Palm Wine.
When I first mentioned that I wanted to travel to Sierra Leone, I would have been a rich man if I was paid for every time someone either said: "Isn't there a civil war in Sierra Leone?" or "It's dangerous in Sierra Leone, are you crazy?". My answer to them was: "Sierra Leone has been at peace for 11 years" or "You're crazy for not going!". The misconceptions of Sierra Leone's current state are still rife, partly because of the 2006 film Blood Diamond, which wasn't even filmed in SL, and the lack of people willing to go there themselves to bring back true stories about a country struggling to change their image and grow in a positive way. Needless to say that I wanted to be one of those people: a bringer of news from a land which deserves to be viewed as a beacon for hope and World historical heritage rather than for a brutal civil war built around greed and deception.

I arrived at Lungi airport at 9:30pm. The first thing that you experience is the difference in climate (if you had come from the Northern Hemisphere). I went through passport check. No problems there. Collected my bags quick sharp. Outside was the usual bunch of porters, taxi drivers and name card brandishing guys. I was then directed to the Water Taxi ticket office -Lungi airport is on a different peninsula to Freetown, and to get to the other you need to either take a Water Taxi, Ferry, Speedboat or Helicopter. In not time, I was speeding towards Freetown. When we approached the Aberdeen port, I got a small insight into what to expect from Salone, little electricity, candle light, humidity, a slow pace of life and a community feel. I disembarked and changed my money (current rate: $1 = 4500 Leones) with a guy called Solomon, just in time for my ride to arrive to take me to my first destination, John Obey beach.

When I arrived, I was greeted with a big plate of chop (food in Krio) and a Star beer (national beer of Sierra Leone) by Kat, a volunteer overseeing the project. We got along straight away and then I was introduced to the night security guards, Momo and Mister Alou Sene who is also the village Imam. I was shown to my accommodation and after debating about the differences and similarities of Islam and Christianity (SL is 50/50 and there are no conflicts) until 4am, I called it a night. 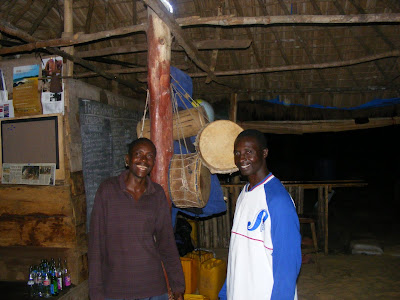 The next morning, I awoke to the sound of waves crashing and birds twittering. I slowly rose from my mosquito net covered 'four-poster' bed and opened the door to my beach shack to discover Sierra Leone in the daytime. It was beautiful! Just outside my accommodation was a lagoon which rose and fell with the Ocean tide, multicoloured butterflies flew gracefully between the palm trees, a gentle breeze carried the smell of jasmine around the shack. Welcome to Sierra Leone! 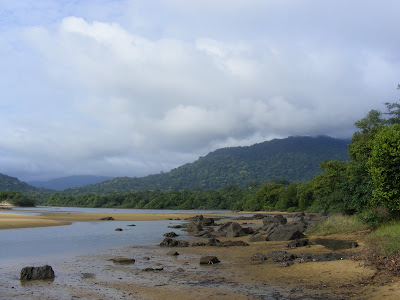 The lagoon at low tide 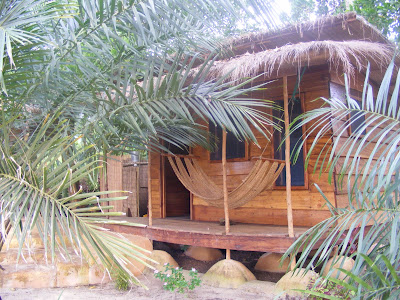 My beach shack for 3 nights

After breakfast I was shown around the project. Solar tower, recycling area, compost toilets, earth bag 'honeydomes', permaculture garden, bucket showers, all the signs of a sustainable development project that works. The project also employs 30 people from the local community, 10 of them were working on a new structure using the skills they had learnt over the past year to build earth bag domes as accommodation for guests. I was told that this was the main project, so I lent a hand on the 'building site'. By the afternoon, after lunch, the structure was nearly finished. I was given the honor of laying the last earth bag on the top which we then celebrated by playing drums and singing. Such a good feeling! 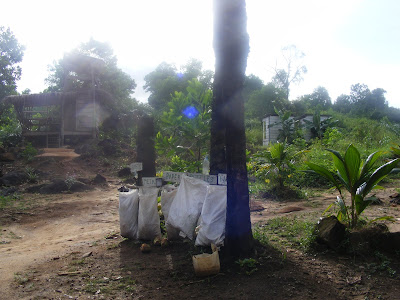 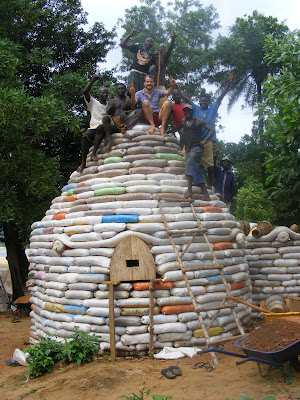 Happy faces after the earth dome was completed

For the next couple of days at Tribewanted, I learnt how to cook 'special sauce', practiced yoga, went to visit the local school, cooked an amazing 'lime and spice mackerel wrapped in banana leaves and baked in the mud oven' dish, swam every morning and every night at sunset, went baby croc spotting, drank palm wine, visited the market at Waterloo, experienced tropical thunderstorms, visited the improvised turtle sanctuary on the beach, listened to local legends around the hot stove, learnt about the local communities' aspirations and positive ambitions. As you can imagine, it was hard to leave, but my feet were itching to walk other paths and discover more of hidden Salone (Sierra Leone). 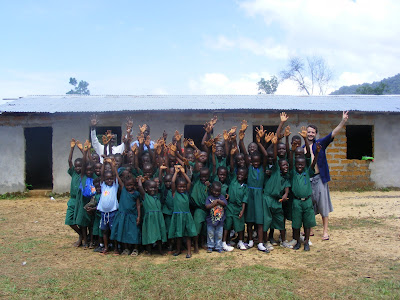 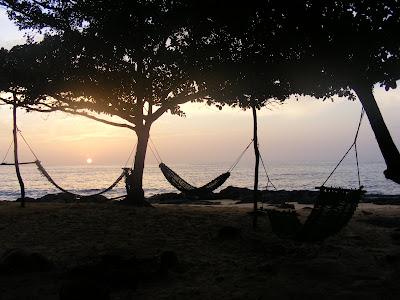 To be continued... next time: Part 2: The provinces - Waterloo to Bo & Beyond

To learn more about my project, visit www.westafricadiscovery.co.uk or join us on Facebook.