Just as astrology can identify, say, business and romantic opportunities or challenges, those celestial bodies slinking about the stars can help pinpoint optimal times and places for travel. Also, destinations have their own astro-charts, which interact with yours -- meaning astrology can serve as a kind of spiritual travel agent. It can tell you, for example, about places likely to be good or not-so-good matches for your temperament, personality, and current astrological indications. Check your travel horoscope for November, below, for some "astro-tripping" paths to consider. After all, Nancy and Ronald Reagan planned itineraries by the stars -- why not you?

This fall, four planets have been retrograde, meaning they appear to travel backward in the sky. Astrologically it’s an ideal time to sit back and meditate, which is fine for those of us who don’t have lives to live. (You’ve probably heard of the infamous Mercury retrograde, which interferes with communications and travel... No, we’re safe---for now.) Fortunately, three turn direct in November including vivacious Venus and jubilant Jupiter, triggering an expansive, potentially expensive whooooosh of energy in the affairs ruled by those orbs, such as travel, culture, education, and romance. Your deepest humanitarian and wildest self-indulgent impulses butt horns: One minute your sense of social responsibility kicks in, the next you just want your kicks -- dancing dirtier than Arien Jennifer Grey on Dancing With the Stars. Anything and anyone foreign sizzles, from spicy food to spicing up your (sex) life. Grab your BFF (no, not that way -- unless of course s/he’s in the mood) for a spiritual road trip; Ram-ruled Mexico and Chile might work, perhaps Chiapas or Chiloé Island (right). No fixed itinerary or group travel: Spontaneity rules. You can always dig ditches, putter with potters, or make donations onsite.

TAURUS (April 20—May 20)
Get bullish on working out; spa boot camp might help de-stress work’s increasingly hi-test espresso daily grind. Single? Unorthodox new pals can expand your horizons on levels you never knew existed (think outside boxes, push envelopes not paper… yes, you!). If coupled, put the sin in scintillating for your patient partner. Perhaps an impromptu (yes, you!) wedding or renewal of vows: Las Vegas could satisfy your voracious Man v. Food appetite and longing for retro glamour with a hint of sleaze (martinis, silk sheets, overhead mirrors at Caesars or The Palms, anyone?).

GEMINI (May 21—June 21)
If Hawaii Five-0 can be updated for today’s ADD-addled audience, why not remake yourself, preferably sans booming soundtrack? Forget your background buzz jones; soul-search at some Maui nude beach before the focus shifts to your career. Expect increased business travel (proposing second office locations could prove profitable). New contacts, even contracts materialize; maximize opportunity by downloading travel apps and posting insightfully on sites (especially Tripatini, natch!) about your wondrous wanderings. And if you promise partners a trip (or spoils from your journeys), you'd better deliver: their fireworks will blast your glib charm. 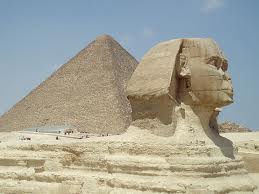 CANCER (June 22—July 22)
The Zodiac’s ultimate homebody still has its wild Anthony "No Reservations" Bourdain side; a plethora of planets refurbishing your fab fifth house of F-U-N (romance to risk-taking) puts the lust in wanderlust. November’s fertile in every sense, whether conceiving at a cozy Colorado cabin, babymooning on Bermuda, or accessing your creative inner child (ignore those inner parents nagging about domestic duty). Think edu-tainment: a Vietnam trip with, say, Smithsonian Journeys or exploring the pharaonic mysteries of Egypt through Voyages to Antiquity.

LEO (July 23—August 22)
Ah Lion, you take prodigious pride in your pride: Parading the family before celebs in sunny Sardinia or Santorini sounds appealing. Problem is you also crave babying, with a fawning entourage to carry your (kitty) litter -- or at least your Gucci Gucci goo purchases. Compromise? How about luxury all-inclusive resorts that occupy the kids all day (and night)? Adventure travel is another thought -- paddling through Patagonia or parasailing off Palm Beach could spark new flames. Stoke the home fires late month but caution: extravagant gestures (paying for that family reunion chez vous?) could prove costlier than expected, despite possible unexpected bequests.

VIRGO (August 23—September 22)
Calling your home front a battlefront might seem as wrong-headed as soliciting Virgo Charlie Sheen for marital advice, but hotheaded moments beyond trashing hotel rooms threaten to intercept clear communications. Indeed, clearing the air and your mind with partners is vital, preferably via a short-hop holiday, perhaps early-season boarding in Banff or a spot of ecotourism in Belize. Opt for uncharacteristically spur-of-the-moment surprises, however impractical that sounds, oh meticulous one: The cash flow trickle should ease by midmonth, and Internet-working everywhere from Tripatini to Travelocity will net bargain buys.

LIBRA (September 23—October 22)
Feeling more social gadfly than butterfly this fall? Do a (very) few extra pounds cramp your flitting and fluttering? A sensible regimen, maybe even a Canyon Ranch visit, could help, but you crave a purging splurge. How does a moolah-la Paris shopping spree sound? Thought so. Just return by late November, a particularly fruitful time for reconciling with estranged siblings (or simply decking the family skeletons out in bijoux). And darlin', don't deceive yourself over that dreamy new obsession you meet along the way; gossip also travels fast and loose. 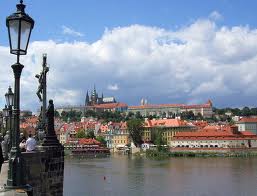 SAGITTARIUS (November 22—December 21
You’ve been satisfying your curiosity about old cultures gadding about via new-fangled virtual travel gadgetry. You need to Zen and zone out, so trade being X-boxed in by Assassin’s Creed II for a Montana sweat lodge or converted monastery in Prague or Peru. Shoot those archer’s arrows, hell just toss a dart at a map. A long weekend communing with nature will boost Saggies' sagging spirits, as will educational travel (perhaps your alumni association or church group is erecting Outback houses in Australia). Warning: Your (in)famous bluntness does you no favors with travel agents or desk clerks after the 18th.

CAPRICORN (December 22—January 19)
Your sturdy Bally-shod mountain goat hooves can climb the ballyhooed corporate ladder, but activity in your do-gooder 12th House pushes more spiritual pursuits. Give your smartphone a rest; you crave connectivity -- the face-to-face rather than Facebook kind. Cap your achievements, Cappies, on a celebratory voyage with old pals (let them check the apps and your biz email!). You can experience developing countries first-class -- maybe a Maharaja’s Express ride followed by a stay in India’s eco-centric Lavasa. Just cash in your karma chips, whether in Kashmir or Katmandu, before the chance is Goa going gone.

AQUARIUS (January 20—February 18)
For a nonconformist, opinionated sign associated with selfless causes, your own sense of self is often oddly gauzy (don’t argue!). You different drummers need to reinvent how the world hears your beat, which entails choosing your messianic message song. Now that your career track’s on track, put the do in donate on sabbatical. Try voluntourism (building a school, teaching, preaching conservation, working on an Israel kibbutz -- then for balance, a West Bank farm), or simply learning new ideas connecting with people via couch surfing (avoid chain hotels even more than usual). You Fishies have been literally dreaming of travel (perhaps via astral projection); now it’s time for that sea change, especially since you’ll soon be swimming in powerful circles rather than against the currents of change. Indeed, a Bahamas pleasure cruise or post-harvest Burgundy barge trip might reel in unexpected corporate-shark contacts. You might encounter envious backbiting back home, but the real concern is in front after chomping on rich food and drink. Remember there is such a thing as a Champagne gut -- and beware going on power trips later in the month.

For more, check out my Astrology & Travel forum here on Tripatini.

Comment by Jordan Simon on October 29, 2010 at 5:06pm
That could work. Sit in a steamy temezcal, then you can always steam it up in Playa del Carmen for a night.

Comment by David Paul Appell on October 29, 2010 at 5:05pm
Hmm, maybe you're right. Mex DF is a lot of things, but one of them is probably not exactly restful or reflective. Maybe a spa on the Riv Maya...

Comment by Jordan Simon on October 29, 2010 at 4:55pm
Well, David, the emphasis ideally is on more reflective travel for Rams. If you feel you can get spiritual nourishment at Mexico City clubs, by all means. :) Actually, museum-hopping and other cultural activities certainly could qualify---with a night or two reserved for dining in hotspots, sizzling dirty dancing (and more unmentionable pursuits)...

Comment by David Paul Appell on October 29, 2010 at 4:51pm
Hmm...I'm an Aries, so while it's a little short notice to be gallavanting off to Chiloé or even Chiapas -- I sure wouldn't mind a good excuse to hit the restos, museums, and nightlife of Mexico City again! Maybe I'll check the fares...