The islands, collectively known as the Maltese Islands, are a storehouse of information and enjoyment for any fan of history. Not only the oldest buildings of the world—the Prehistoric Temples of Malta—are located here. You will also find here the well-preserved medieval city Mdina, "City of…

How We Rented Accommodation in Bruges

The Belgian city of Bruges made us fall in love with it during the two days we spent there in May last year, and we knew we had to come back. But the splendid Egmond Hotel in the old town cost 115 EUR per day, including an amazing breakfast. Is it possible to find anything less expensive? Yes, it’s possible as it turns out! But for this, you should live in a rented accommodation in Bruges, not in a hotel.

We were lucky to see a great variety of such accommodations…

From 712 to 1085 the Spanish city Toledo–now one of the most visited tourist cities of Spain–belonged to the Moors, who called it Tulaytula. By that time, Europe had slowly forgotten all the achievements of the Greeks and Romans, having deteriorated into some muddy backwater of overall illiteracy and grubbiness, but the Arab world kept rapidly developing. Nowadays it’s hard to imagine that back then science prospered in Bagdad, Cairo, Cordoba, and Toledo, rather than in…

The Story of Our Sailing in Croatia

Do you remember the famous Eastern aphorism "Be careful with your wishes–sometimes they come true"? That is how I was going to entitle this story. However, today we will speak about sailing in Croatia, Croatian cities, islands, and people.

For some time, my dearest served in the navy. From time to time, he told me romantic stories about the sea, dolphins, sailing, and the wind blowing in your face. So, what…

Good evening. I am Doctor António Augusto Carvalho Monteiro, and I am one those people who are called a lucky man. Right from my birth in Brazil, I had all that a human being needs for a happy life. My Portuguese parents were rich and healthy, and I was a rich and healthy boy. Later, I was sent to my historical motherland, Portugal, to study in the University of Coimbra. Graduated in law, I returned to Brazil to make…

Monsanto: the Most NON-typical Portuguese Village

Abbey of Santa Maria of Alcobaca

He took the body of his beloved woman out of the grave, dressed her in queen's clothing, sat her on the throne, knelt in front of her, kissed her dead dried hand, and ordered all his vassals to do the same. "She is my queen eight years already. Now she is your queen too." No one dared to object to King Pedro I of Portugal, and Ines de Castro became the Queen of Portugal ten years after her brutal murder. She died at age…

Fairest among women, Venice, formerly powerful and rich. You are still impressive, Lady Venice, but only from a distance.

The years pass rapidly, your skin withers, becomes more parched and thin, and finally drops off in lumps of plaster. Meanwhile, just as time ages all women, water wears on you more and more with every year, and your…

People say, “Never come back to the places where you were happy”. I think it does not always that way. We were waiting for this visit to Tallinn for many years and it was not in vain.

The city is the same good and it feels even…

The History of One Picture: Neuschwanstein Castle

We always see the results of a photographer’s work, but sometimes the history of taking a photo is even more interesting than the photo itself. You may have seen this photo of the Neuschwanstein castle in Bavaria million times. The overview of the castle which opens from the Marienbrucke – a bridge over an…

Have you been fond of climbing at the forsaken houses or new buildings back in the boyhood? When you walk through the future or former rooms, flats, corridors or balustrades, drawing pictures in your mind… It was so interesting, although slightly creepy sometimes. 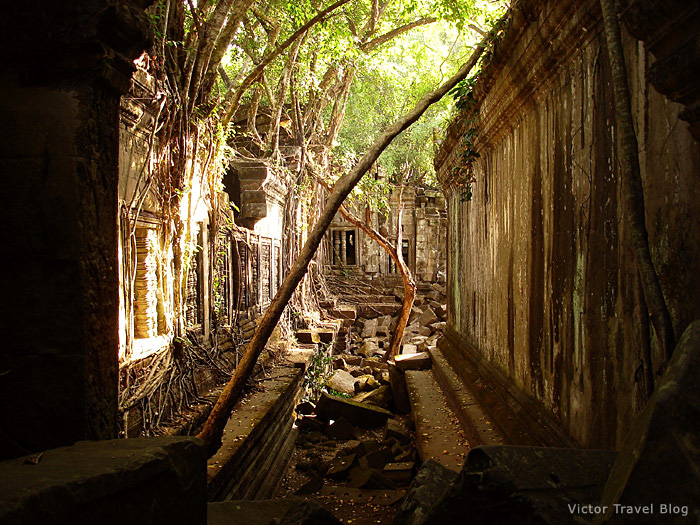 It is known that the famous…

"This Camdodian temple, in the Angkor region, is undoubtedly a woman.

One begins to realize it even before finding out the translation of its name: Banteay Srey means "refuge of women," and it was built for them.

It is small and elegant, like a genuine woman.

Every line is well-balanced, every angle is magnetic like a genuine woman.

It is neat and…

Castles are quite a rare architectural feature for Russia. There are plenty of churches, fortified hermitages, well-preserved military fortresses and ancient manors of the nobility, but the castles are the great wonder (really yet to seek).

Here you can see three castles, but can you really guess which one is located in Russia?