Effective July 1, 2017, all entry tickets to Machu Picchu will be for half-day.

Visitors can choose from the following 3 options:

All tickets can be purchased from the new updated Machu Picchu government website.  Other changes include the… The doctor nodded his head without challenging me in any way. When we checked in to… When I returned my worn out Osprey backpack to the place where I bought it to get it repaired, it never occurred to me that I wouldn't see it again. I casually handed my inanimate traveling companion over the counter to the sales clerk, signed the papers and meandered off to look at more stuff. Little did I know how the Osprey lifetime guarantee would affect… and as of today's date, the entire month of May in 2015 is sold out.  And the week before and after Easter are sold out.

This includes permits for the easy 1-day hike or the classic 4-day hike.

To get a permit, you will need a valid passport (or…

There is an exciting trend for destination weddings.  Brides and grooms are stepping out of the comfort of all-inclusive resorts around the world, to seek out meaningful "new" venues for their ceremonies in "old sacred places."  Some are willing to hike 30 minutes to 2 hours, hauling dresses and wedding garb, for the chance to stand in the shadow of ancient Inca ruins &…

The buzz for the next Inca Trail hiking season is underway.  Permits for 2015 season will go on sale in early January.  (the 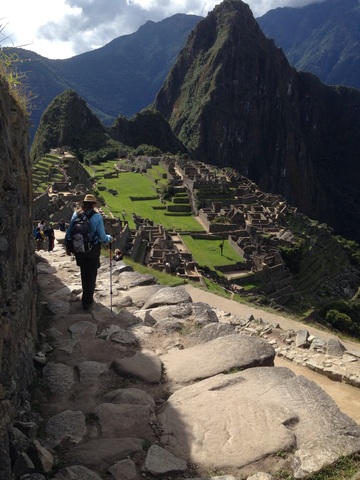 It's recommended that people planning to hike…

How your group can have it both ways when hiking the Inca Trail: strenuous & easy and want to hike the strenuous 4-Day Inca Trail and those who prefer the easy 1-Day Inca Trail hike. (no camping)  Both groups hike over the Sungate into the ruins to meet up in Machu Picchu for a…

Adios Adventure Travel is Hiring! Are you the right person for these positions?

Business is growing and we need to hire bi-lingual licensed adventure guides in Cusco. Benefits may include accommodations, if needed.

A Copenhagen Adventure: Kayaking to Its Secret Underwater Statues

On our recent trip to Denmark, we spent a few days in Copenhagen.  We did a kayak tour of the canals where we discovered that the Little Mermaid statue has a boyfriend!

We were able to get video footage of the underwater statues as seen here.

What to do if natural disaster strikes on your vacation

Before heading off on vacation to get away from your worries and your troubles, take a few minutes to think about how you would handle a natural disaster away from home.  Maybe even in a foreign country.  Would you know how to use the local phones?  If you had access to someone else's computer, would you…

In Peru, Why Were Grandma & Grandpa Showered With Guinea Pigs & Potatoes?

If you suddenly discover that your children's grandparents have gone missing, check their closets to see if their backpacks-on-wheels are gone. Then check your email to see if they sent a quick message from an internet cafe in a South American city. They may have done it again.

Would kidnapping in Peru be better than this?

After all the heavy discussions about kidnappings and terrorist groups in Peru, this is hysterical . . .

Thanks for ignoring me and thanks for not butting in to my life.  But mostly thanks for not contacting the Peruvian authorities while I was traveling during the US citizen kidnapping…

Are Americans at Risk of Being Kidnapped in Cusco & Machu Picchu?

I arrived in Cusco the day before the US embassy website posted the kidnapping advisory for US citizens in Cusco & Machu Picchu.

I spent the next week walking around the city of Cusco, often alone, and went to the village of Ollantaytambo for a hike to unknown ruins.

I made a short video of my observations while in Cusco that I hope will address some of these questions . . .…

In the Galapagos, the Art of Slumbering Under the Stars

My God, it wasn't just your run-of-the-mill gorgeous outdoor destination, it was a freaking, sparsely populated island in the Galapagos! "How could you people walk away from the sky and ensconce yourselves in walls. For chrissakes, come outside and sleep!"

Those were the thoughts that passed through my mind as I dragged my mattress off the rustic, yet sturdy, hand-cut, wooden bed frame and dragged it across the floor of the cutest little cabin I'd ever been in, and slammed it down…

Is 5-day Inca Trail hike right for you?  Same total distance as the 4 day hike, but offers more time on the trail and more time to explore the Machu Picchu ruins.  After all.  That's kind of why you are there. 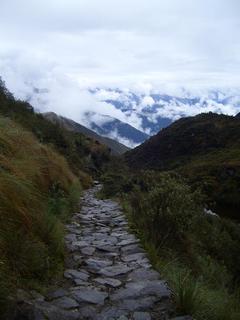 Privately run animal refuge in Bolivia for individuals or groups:

Indigenous school for girls in Peru:…

The Uyuni salt flats in Bolivia were mind-blowing.  Perhaps you've seen pictures?  Photographs of optical illusions created by posing close to the camera with distant objects appearing much larger/smaller in contrast.  The challenge is to come up with new poses.  We did our best!

After the tour of the salt flats, we continued to the high desert to explore high-altitude… After sleeping under the stars with snoring teens in tents all around me, I have discovered students can be a different breed of traveler than adults.  For instance, they can be picky (perhaps suspicious is a better word!) eaters, but I haven't met one yet that I couldn't get to at least try the local locro or quinoa soup.…

The fact that we took a group whose leader went to Galapagos Islands for free, as you know, it was because she has her group, and she had a full size group (14) ready to go. And the fact that they choose Adios Adventure Travel, it was because they know that we are very carefull whit their people and we are very attend to them.
I think that the fact of choosing the island hopping instead of the boats or…
Continue