7 Wonders of Portuguese Gastronomy , one is the Sardines from Setúbal! 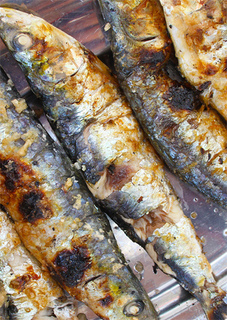 Sardines from Setúbal were considered one of the Seven Wonders of Portuguese Gastronomy by a national contest with several amazing dishes from Portugal . In the final, only with 21 candidates.

Evora Boat will receive the 6th event of Wine Tasting from Setúbal Peninsula Wine Routes on the next 5th August . This week will be Adega Cooperativa de Palmela and the presentation will be made by Luís Silva.

The tour will relief your senses through a boat trip on Setúbal Bay which will start at 6:30 pm in Tróia and 7 pm at Docapesca in Setúbal. During 2:30…

Sesimbra can be your next destination of Summer Holidays

Beaches, activities and gastronomy are what you get at Sesimbra on Setúbal Region. Recently Hotel do Mar (located in front of the beach) released a special package for your next summer vacations . You can choose between 5 and 7 nights and in both packages a…

Azulejos de Azeitao produces tiles using the European traditional methods of tile making, reproducing the antique design from countries like France, Portugal, Germany, Spain and many other, but also Islamic and Chinese. They usually make some workshops for tourists where they can take home their own tiles. The workshop is during 2/3 hours depending of the program that group wants. A slideshare from Azulejos de Azeitao which is already exporting it…

Setúbal organizes once again the Sant´Iago Fair from 23 July till 7 August in Manteigadas.

This is an event with lots of activities, music, exhibitions , stands with local products, Portuguese traditions, among many other things you can do. In 2010 , sold more than 360.000 tickets to this annual event. From Portuguese to Chinese , English to South Africans,…

The best World Wide swimmers were in Setúbal for the FINA Setúbal Bay 10 km World Cup. The competition were last 18 June 2011 and the winners were : Spyridon Gianniotis ( from Greece ) and Angela Maurer ( Germany ).…

Better than words, are the products and photos of Tortas de Azeitão

Better than have a biggest text is watching the slideshow of Tortas de Azeitão (rolls), which are a traditional product from Azeitão in Setúbal Region. The biggest national producer is supplying to the biggest stores and already export it. It is a product that you can eat anytime and specially on your dessert, mixing it with ice cream, chocolate or any other complement that you…

Dolphin Parade near Doca dos Pescadores in Setúbal will be available till September 2011 . These wonderful resident animals of Sado Estuary and Atlantic Ocean lives in front of Setúbal city, …

Azulejos de Azeitao, the tiles and the tourists

It is usual find german, french, japanese, americans and even canadians working in tiles and drawing their own drawings. During 3 hours, tourists have the opportunity to improve the knowledge of the handmade process and painting their own…

Évora Boat Tour , know the green of Arrabida, the blue of Sado Estuary and Atlantic Ocean

Traveling to Portugal Dream Coast is a moment of leisure and pleasure for the tourists. On the arrival to Setúbal they confirm the expectations that they have and the several possibilities of activities.

One amazing activity is a boat trip through Évora Boat . Sunset or…

Quinta do Patricio is a wonderful place to your next vacations

Respecting the architecture and environment, Quinta do Patricio recently improve even more their space, with a brand new terrace with over view of Sado Estuary, accomodation for 12 persons available during all year and an Enoteca where visitors can taste and buy the amazing wines from…

Canoeing in Montijo at Setúbal Region

On next 12 June, at 9:30am, near riverfront area of Montijo will be held Montijo Canoeing. The concentration of participants will be at on waterfront of Montijo.

The limited registrations the place Centro Naútico do Clube Atlético do Montijo (Cais dos Vapores). Bring your family and enjoy the flora and…

Conference and Portuguese Fado at Palmela 2011 .

The Municipal Gallery of Montijo received between May 28 and July 30, drawings and sculptures from João Cutileiro.

In the past, the artist has exhibited his works in Calouste Gulbenkian Foundation (Portugal) , Brussels , Washington and New York (EUA) , Dortmund and Wuppertal ( Germany), among other cities and… Setubal Music Festival just ended. Organized by Municipality of Setúbal and Helen Hamlyn Trust had the goal to join synergies of the experience of the English company which also organizes the Cty of London Festival (where Ian Ritchie is the director) and locals portuguese schools and associations. Ian Ritchie made a challenge of perpetuate this event during a long-term and we…

Hotel do Sado Business & Travel with a painting exhbition

Hotel do Sado Business & Nature **** in Setúbal is making several events with a strong relation with Setúbal Region. In the past an event concerning to photography, special occasions (Father´s Day or Mother´s Day) and now is organizing a painting Exposition.

Ian Ritchie (Artistic Director of the Festival) and also Director of the famous City of London Festival wants to perpetuate what will be an amazing event in Setúbal at Portugal Dream Coast, called Setúbal Music Festival.

The 1st Annual Setúbal Music Festival will be on May 27th, 28th and 29th of May 2011 and during this three days the Festival will cover 750…

Make a tour in the City of Setubal with an Electric Skate or Moto? Yes!

Imagine you are visiting the Arrabida Mountain in a electric moto or take a ride on a Electric Skateboard. In Setúbal it is possible through BiGPlanet , a company with two years located in the center of… 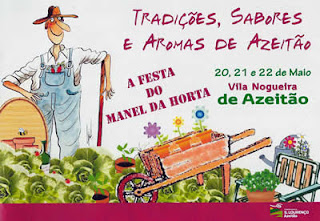 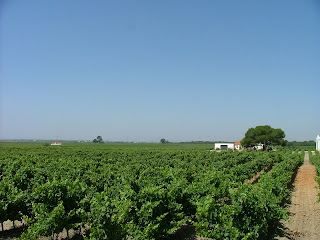 Assis Lobo Casa Agrícola has several wines but today we make a reference ot Assis Lobo Doc Palmela . It’s a red wine from 2004 that get older during 12 months in deposit plus 12 months in the bottle. Purplish red colour with a intense flavours of red fruits and spices. To taste this amazing wine, is adviced a temperature of 18º Celsius degrees… Continue