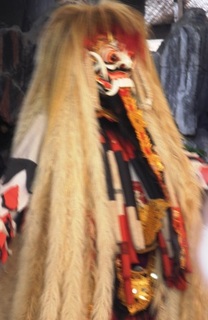 If Bali is on your bucket list, scratch it off. I’ll save you the long plane ride and the money to get there by telling you that the romantic, idyllic paradise you have in your mind about Bali has been buried under tourists, traffic and trash. Our introduction to Bali might have jaded us. I know it jaded my wife. The line at immigration was not long, but the clerks…

Planes I Have Flown on in 50 Years of Air Travel

The first plane I remember flying on was  a North…

The Kingdom of Bhutan does not necessarily make it hard for a traveler to visit - it's just hard to get there. When I first started reading about traveling to Bhutan, I…

The most amazing  and beautiful building in all of London, Westminster Abbey!

An absolutely beautiful building with an astonishing history.

Admit it. It is tough to visualize an elephant orphanage.  Visions of elephants in shorts like Oliver Twist asking “please sir may I have another” were short lived in my great expectations, however they were not replaced with anything very clear.

After Hanoi we flew Vietnam Airlines to Hue, pronounced whay. This is an absolutely beautiful city which has grown immensely and recovered and rebuilt totally after it was obliterated during the TET offensive of 1968. It is an ancient capital of central Vietnam both politically and spiritually. The city is now mainly on the western side of the Perfume River which separates old and new Hue.…

Chiang Mai, Thailand: The Night Market, a Wonderful Dentist and an Excellent Bookstore

This is my third trip to the second biggest city in Thailand. In a small way I have become a local. The baristas at Starbucks remember my name. They also remember not to ask me if I want yak milk when I order a black coffee. The…

My Introduction to Masai Culture in Kenya

After a 5 hour drive SSW out of Nairobi Iarrived at the Amboseli Sopa Lodge, located on the outskirts of Amboseli National Park.  The lodge is stunningly beautiful and comfortable. Yes, we are “in the bush.” I know, because there is no internet and cell phones do not work.  Actually the lodge has had internet, but it does not work anymore, and the cell phone coverage is limited to one carrier, the name of which is, wonderfully, Safaricom. The lodge provides every other creature comfort one…

"Fuck you I'm French." (Photo used for illustrative purposes only, I have no idea who this guy is. )

“Fuck you, I’m French.” Really,  this was the response to an air marshal aboard a Delta flight from Nice to New York by a passenger when confronted by flight attendants for repeatedly smoking in the…

All Aboard the Fastest Train in India

We left our B&B so early this morning that we missed the second B. We got across Delhi with no traffic in sight until we got within a block of the train station. Then the throngs appeared. Tuk Tuks and taxis were moving in eight directions. Everyone was honking horns, and there were a thousand people carrying huge bags, balancing bags on their heads and pushing and swarming across the street all trying to be the first lemming into the train station. It took thirty minutes to cover the…

Discovering the One, the Only Taj Majal

The Taj. If  it is the only thing you see in India, it is worth the trip.

I will certainly admit that when you consider it was built in the early 1600′s, while Boston was still wooden shacks, it is an astonishing feat of architecture, engineering, construction capability and…

Wedding in India: Elephants and Tigers and Brides, Oh My!

Ok, so the groom did not enter the hall on an elephant, and there were no tigers. That is just what I was fantasizing about before I attended my first Indian wedding. There was however a bride. I’m not sure she wanted to be there, but there she was.

All I could think was that I hoped her day got…

A week In Namibia. You gotta go there!

Intro to two months in Africa!

I called this post Hoi An Part 1. I should probably have called it Hoi an BCC (Before Camera Class) and the next post  Hoi ACC (After Camera Class). I took an excellent camera class in Hoi An and hopefully you will see a marked improvement in my photography skills in the next post.

Hoi An is a wonderful little…

We took off after a wonderful breakfast at the Lion Hill  lodge. The objective was to get to  Masai Mara National Park and the Sopa Lodge by 1:30 for lunch and the afternoon game drive.

By the way, if you ever go on safari in Kenya or Tanzania, I can recommend the Sopa chain without hesitation, and no, they are not paying me to say this.…

Tales of the Panama Parrot Vendor

One day in Bocas del Toro an indigenous man dropped by with a parrot to sell me. I knew I wasn't going to be here long enough to buy pets, but I had owned a parrot when I lived in South America as a kid, and I always wanted another. I figured that when I left Bocas I would let him go, like I did my macaw in Cochabamba.

As long as he was there, I decided to ask him about the indigenous culture. Not necessarily how they lived now, but what…

As I flip through my passport with almost two hundred stamps, and look back on my 185 posts in my WordPress blog, numerous posts on Tripatani or Travel Bloggers Unite, and my 75 reviews on Trip Advisor, I realized that I am living a dream come true. Due to a myriad of converging circumstances, not the least of which is marrying the right woman, I get to travel to exotic locations, luxury locations and mundane locations and write about them. Someday, maybe, someone will pay me to write about…

A Tropical Paradise Where Beer Costs One Dollar

I am referring to Bocas Del Toro, Panama. While barely within the single digit latitudes,(9.80 degrees north) made famous by Jimmy Buffet, Bocas is also an easy destination to reach. Bocas is on the Caribbean side of Panama, as far west as you can go without getting to Costa Rica. That is right, west. Panama runs east-west, not north-south.

Transportation to Bocas is by air, or water. It is after all an archipelago of Islands. The town referred to as Bocas is on Isla Colon, but…

I hereby reveal the third secret of Fatima

I just spent ten days in Portugal. Great weather and the Port Wine was fantastic. Maybe I had too much, because on the last day I visited Fatima and the secret that has puzzled people for almost a hundred years was shown to me like an apparition.

Here is my complete story about it.