Las Chapas, Spain (Tripatini NewsWire) – Spanish Prime Minister José Luís Rodríguez Zapatero and Prime Minister of Iceland and former Loftleidir flight attendant Jóhanna Sigurdardóttir today announced the official launch of Operation Sól og Fjara (Sun and Beach) at a beachfront signing ceremony that concluded a six-month negotiation for the purchase of a strip of aging condominium buildings in the town of Las Chapas on Spain’s Costa del Sol. Under this unprecedented plan, the entire population of the North Atlantic island nation, currently estimated at 317,000, will be transferred in stages to their new home, which will enjoy full sovereignty under the terms of the agreement. Sources close to the negotiators have hinted at a figure in the billions of krona, not counting a 20-year installment plan of barter payments in sardines and backstock whale blubber. 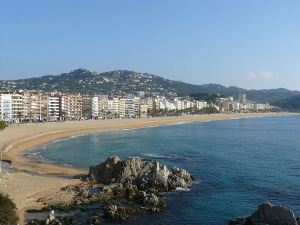 “It just makes sense,” said Ms. Sigurdardóttir, who admits that her name is sure to confound her new Spanish neighbors. “We have bad weather. They have good weather. Honestly, we’re sick of the cold and the puffins. Besides, the dyke bars are much better in Torremolinos.”

Mr. Zapatero, whose name will likely confound the average Icelander as well, added, “The Brits have bailed on so many condominiums, and that whole coast is way overbuilt. Sól og Fjara is good for Spain too.”

Every Icelander pitched in to make the purchase possible, according to the Icelandic prime minister. “Even the little children dug into their piggy banks. We’re proud to say that we are all founders of the new Iceland.”

In a cordoned-off area nearby, an angry mob of Spaniards burned codfish, an ancient symbol of Iceland as well as of northern Spain, in protest. The resulting smell caused several onlookers to pass out. At last count, a young couple and a teacup chihuahua had been hospitalized.

“What’s the difference?” Zapatero asked. “This coast is overrun with foreigners anyway. We managed to upsell the Icelanders on our ‘Full Sovereignty’ package, and that’s a good thing for our bottom line. Discussions are currently under way with the Canadian territory of Nunavut for a similar deal.”

Gudmund Gudmundsson, a bystander who flew down from Reykjavík for the occasion, commented with tears in his eyes: “I know I speak for my countrymen when I say, I cannot wait for swim in January! So long as Mediterranean freeze not, we will make a party.”

Some Icelanders, understandably, will miss their homeland, which has reportedly been sold to Donald Trump for development of a Santa Claus-themed casino and spa complex.

The April Fool’s Day celebration concluded with the consumption of a rotting shark’s head, a traditional Icelandic delicacy. By that point, Prime Minister Zapatero had conveniently departed for an urgent meeting in Nunavut’s capital of Iqaluit.

Comment by Wayne Burgoyne on April 1, 2011 at 8:19pm
Maybe Greece would be better? Similar financial structures to Iceland.....

Comment by David Paul Appell on April 1, 2011 at 2:31pm
You have a fair point -- but I have to imagine the transition would be a little smoother from Iceland to Spain. Plus, do you know of any major derelict housing stock the Cubans want to unload in Varadero, Cayo Coco, etc.?  Doubtful.

Comment by insightCuba on April 1, 2011 at 2:23pm
Its not a bad choice for relocation, though we prefer the beaches in Cuba ourselves!