Vietnam has a lot of festivals each year as other Southeast Asia countries. Some festivals celebrate Buddhist events or historical characters or remember and show respect to ancestors. Further, even some celebration is original from Vietnamese folklore, allegory, and ancient stories passed through generations which tell the tales of Vietnamese rituals and legends. Yet, Moon Festival might be the most colorful and culturally significant festival lighted up streets by lanterns that it takes place on the mid autumn following lunar calendar. 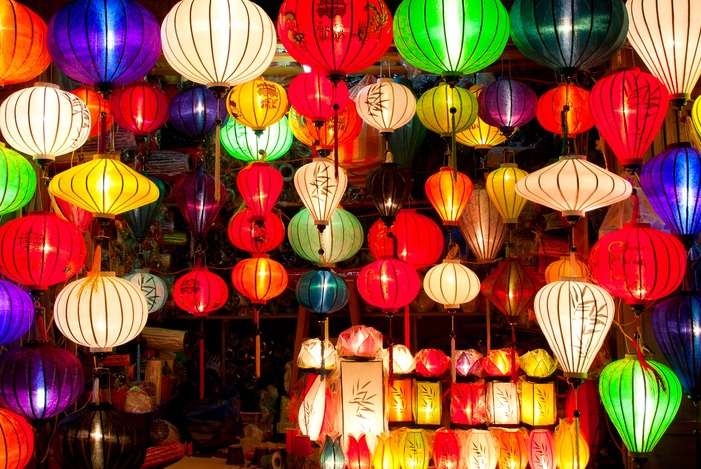 Ancient Town Hoi An in Vietnam

Let’s us tell you about The Legend of Moon Festival

Mid Autumn Festival is celebrated in Vietnam as well Asia countries especially neighboring country-China. That‘s why the celebration has some rituals in common. Also, over centuries, legends in Vietnam have appeared many versions which are passed from generations to generation that becomes a Vietnamese cultural feature. However, each country has its own legend so Vietnamese one is definitely different. When reading Vietnamese legend, reader can image to Jack and the Beanstalk story.

Begin with a man named “Cuoi”, once he walks in forest and find a magical tree which can save people’s life. Then he brings the tree to his home. When the tree grows up like a Banyan tree. Cuoi really love hís tree even more than his wife. One time, he had to go out, he reminded his wife not to pour dirty water to the tree but she does against. She thought in mind that the tree would die when she did. Surprisingly, it grows extremely fast instead of being. At that time, Cuoi returns home and see what is happening then he grabbed tightly to the tree. Suddenly, the trunk shakes strongly then shot up toward the moon, and takes him go together. So until now, people still believe that the man and his Banyan tree are living on the moon. Therefore, Vietnamese children often sing fork song about Cuoi on Moon Festival.

In the past, festival mainly included agricultural rituals which ask for plentiful harvests. Then day by day it turns to celebrations for family and finally children. On festival occasions, kids usually perform traditional song, dance, and folk games. The diversity of traditional Vietnamese culture makes Moon Festival very colorful and exciting for both of adult & children. When travelers come to Vietnam on August following lunar calendar, they can see many performances of lion dancing parades by children along the Old Quarter together with folk songs. You can see more family holidays with kids at: http://vietexperttravel.com/Vietnam-Tours/Vietnam-Family-Holidays.html. Additionally, full of lanterns which are hang up on streets might be the most traditional feature on Vietnamese festival culture. 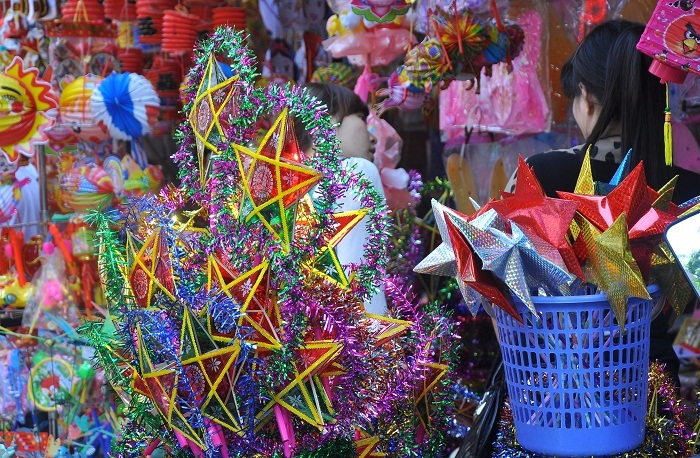 Various kinds of lanterns for kids in family holidays

Until now, people still believe that Cuoi are sitting beside his Banyan tree on the moon. At the night of 8th full moon day, he is really homesick so he sits there and sees down the earth. Therefore, lantern is lighted up during mid-Autumn Festival that its colorful light can help Cuoi find the way to back home. Traditionally, shape of lanterns is circle rounded a five-pointed star but now children play a range of different lantern shape which is sold everywhere.