Do you visit Yosemite? Are you planning to? Yosemite Audio Adventures travel guides are the perfect addition to your Yosemite Vacation. Whether you're a first timer or an ol' timer these audio's are entertaining and informative.
http://www.yosemite-tours.org

Currently working on a new Yosemite Audio Adventure from Lee Vining, Ca., on the East side of the Sierra, to Yosemite Valley. This audio will be close to two hours in length and filled with lots of Yosemite trivia as well as insights about hiking trails, history, bears and much more!  Listeners pass through several different ecosystems on their way to Yosemite Valley and view some of the most spectacular scenery in the world. Music and sound effects enhance this exciting audio tour guide.… Continue Water levels in Yosemite National Park are at near record levels this year! Snow pack is at nearly 200 % of normal! Discover this hidden gem with one of Yosemite Audio Adventures new audio tours.  Oakhurst to Yosemite Valley Travel Guide. 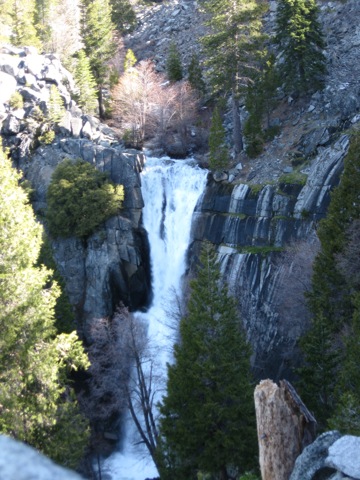 This waterfall is over 100 feet tall yet visitors are few. Find out where it is with Yosemite…

January is turning out to be a terrific month here in the Yosemite area. Beautiful blue skies & sunshine, temps about 60 degrees. Perfect! Groveland is a great location! Above the Central Valley fog and below the Yosemite snow! This is the Stanislaus Forest and hiking trails are everywhere. Stay in Groveland & visit Yosemite with a Yosemite Audio Adventure!  http://www.yosemite-tours.org… Continue

If you're planning a trip to Yosemite National Park check out the Tips Page on the Yosemite Audio Adventures website. It contains lots of FREE useful information. 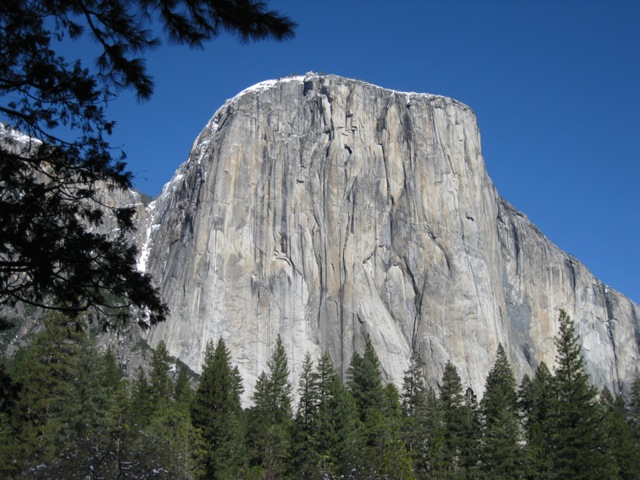 In celebration of Martin Luther Kings birthday Yosemite National Park is waiving the park entrance fee this upcoming 3 day weekend. Pick up a Yosemite Audio Adventure in Groveland and see Yosemite Valley with your own private audio tour guide.       … 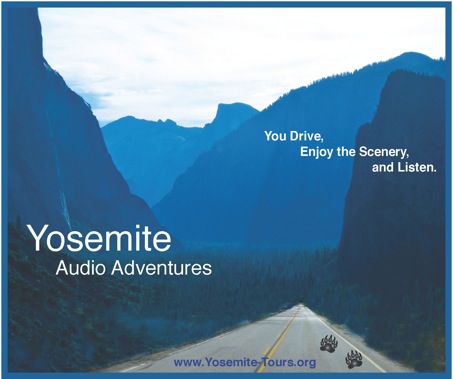 Pets are one of our most precious possessions and often, our closest friends. Well trained dogs make great hiking companions but dogs are not allowed on the wilderness trails of Yosemite National Park.

Although dogs are allowed in the park and can be in designated campgrounds the National Parks are not exactly dog friendly, there are so many restrictions that dogs can't really be dogs.

Many of the smaller Natural Wonders of the Yosemite are are missed by the average tourist and Ladybugs are a great example.. These orange beetles hibernate each Winter at the base of trees in certain areas protected by bark and pine needles. There can be hundreds and even thousands hibernating together and they are pretty well concealed. During the Springtime swarms of orange beetles fill the air as they wake up and fly away.

Yosemite Audio Adventures are filled with fun facts about…

Yosemite Valley is open year around and Winter has it's own challenges and rewards. The pics give you an idea of the incredible beauty here in Yosemite National Park but the temperature on the Valley floor remained a constant 32 degrees so most of the walkways are frozen solid. The hike up to Bridalveil Falls was…
Continue


Alexander Beetle, the Yosemite Audio Adventures Bug has discovered one of those short, close to Groveland, CA easy day hikes that offers some incredible Yosemite views with very little effort and no chains required.

If you're looking for a short adventure, that's not terribly strenuous,… Continue

Bio diesel is a really cool way of using old cooking oil to create fuel that can be used to operate a diesel truck or car.

Well, I'm just a little confused about the other side of this coin and frankly, I'm hoping that my addition doesn't add up.

This is what I think I know:

Yosemite Water, Is It Safe?

This is a question that is asked frequently by visitors to Yosemite National Park and the answer is NO!

Neither the park nor anyone else can guarantee the safety of the water in rivers and creeks.

Either buy your beverages and cart out your trash or simply buy a water filter.

There are many such filtering devices on the market that range in price from $10.00 up. Check them out!

REI has a good selection. I personally use a chemical by McNett called…

People have different 'traditions' for celebrating the New Year. For me, it's time to get out my favorite Yosemite map and the new calendar and start thinking about adventures for the upcoming Summer.

It's not too early!

You can make reservations for backpacking trips 24 weeks in advance and many Yosemite Valley campgrounds require reservations from March through November.…