The ancient temple and trading town whose settlement dates back to 300 BCE, Madurai (current pop. 1.6 million) is the cultural capital of one of India's southernmost states, Tamil Nadu. This eclectic settlement attracted rulers, travelers, and traders, not only within India but also from around the world. From the Romans and Greeks in 302 BC to the Arabs and Sufi saints in 900 AD, followed by the Ceylonese merchants and the local Chettiar hings, the city of Madurai had myriad influences over the centuries.

A flourishing market, a center of power and a cornerstone of divinity, Madurai is a journey that is worth exploring. The stories in towns and cities as old as Madurai are always discovered in the lanes and bylanes, in the daily routine of urban life and in the local watering holes. That is why you should explore Madurai like a local.

The first thing that defines ‘being like a local’ is to live among them. Or how would you discover the stories of the whimsical kings and towering monuments? When you live in a local homestay, you will know the real people of the city, who will tell you of people who made Madurai as it is today. Get a ‘behind-the-scenes’ view into the city’s interior from your local host. To get a close look at everything the city has to offer, book a Madurai taxi.

Take a walking tour. Driving is great, but to feel the underlying pulse and beat of Madurai, take a walk across the city’s beaten paths and the off-roads. See and hear the stories that weave history, myth, and philosophies. Exploring with a local can get you acquainted with the city’s culture. Join a food trail. This temple town’s food history dates back two millennia. The antiqueness of some of the traditional recipes goes back as far as the time of Jesus. Or so they say. But you would never know unless you explore those age-old eateries that are hidden away from the over-emphatic media. Though the cuisine is influenced by many cultures from the past, it is predominantly Chettinad. Stop by Amma Mess at Thallakulam for an authentic Chettinad meal. For melt-in-your-mouth idlis and uttapams, Madurai Idli Shop is the place to be. Wash down your indulgences with a glass of chilled grape-cola (a local favorite) or Jigarthanda (a locally made traditional cooler).

Experience the nightlife. Not to be confused with the ‘nightlife of a metro’, the after-hours in Madurai. For a city that takes its food very seriously, don’t be surprised to find street-side vendors and shops open for a late night grub. Take a walk along the spice market of Keezhamasi and get titillated by the heady aroma of local spices. 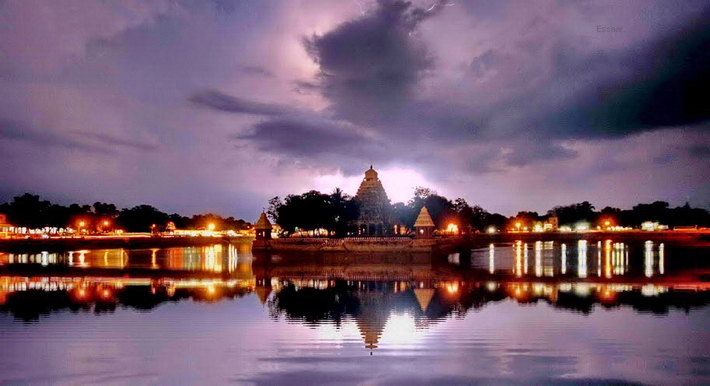 Shop for the soft, locally made cotton sarees and fabrics at the Rangachari Cloth Store on South Masi Street.

Visit the potter’s village, as old as the town itself. A hub for local pottery work, this classic South Indian village is quiet and laid back, in its own peculiar way. You would observe the potters working their skills on thousands of idols and dolls of the mortals and the immortals. As you sit down to try your hands at the wheel, you will get entertained by the artisans with stories of Gods and kings, of monuments and temples. Did you know clay horses are offered to God in Madurai? Maybe it’s time to find out.

And last, but not the least, you cannot leave the city without a visit to the famous and monumental Meenakshi Temple.

From architecture, history to mythology, and tradition, the story of Madurai is too less to fit a lifetime. If you’re planning on heading to the gorgeous town of Madurai to explore all that it has to offer, book Bangalore to Madurai cabs to get there. Every time you visit, you will discover something curiously new and surprising.