In Uganda, the Intimate Gorilla

Uganda is host to slightly more than half the world’s remaining population of mountain gorillas. With a wild population of just 880, mountain gorillas are one of the most critically endangered species on earth, according to Gladys Kalema-Zikusoka, founder and CEO of CTPH (Premier Safaris Intimate gorilla experience partner).

Inspired by the emerging field of “conservation medicine”, Kalema-Zikusoka launched CTPH in 2003. Today the initiative reaches some 40,000 people, teaching them how to prevent the spread of diseases from ape to human and vice versa, and recruiting them into conservation efforts that double up as economic opportunities. Recently Premier added the tourism arm to this incredible approach to conservation to ensure additional visibility and funds needed for the centre.

Virtually untouched and pure, Uganda is still traditionally African and wild, something that has become a rare experience in Africa. The “pearl” as Uganda is known is the microcosm of Africa and its fitting that this unique approach to tourism, conservation and community health is born from the heart of true Africa.

Premier Safaris known for providing some of the most intimate safari experiences on Earth, has joined forces with this exciting conservationist “Dr. Gladys Kalema-Zikusoka” to ensure not only an informative Gorilla tracking experience, but also to provide a unique insight into gorillas, their health as well as other conservation aspects that impact on their survival. This unique new way of approaching Gorilla Safaris is only available to Premier Safari’s tour operators.
Tracking gorillas is a small fraction of Gladys’ work. Next to Bwindi forest, CTPH reaches out to the local people, convincing them that healthy gorillas bring a better way of life to them. Instead of hunting gorillas and clearing the forest, keeping gorillas safe generates more income from tourism.
Some background on Dr Gladys Kalema-Zikusoka and her work. Dr. Kalema-Zikusoka obtained a bachelor’s degree in veterinary medicine from the Royal Veterinary College, University of London in 1995. She completed a zoological medicine residency and Masters in Specialized Veterinary Medicine at North Carolina State University and North Carolina Zoological Park in the USA in 2003. She also obtained a Certificate in Non-Profit Management from Duke University in the USA in 2003.

She pioneered the first wildlife trans-locations to restock Uganda's national parks following years of poaching during Uganda's civil wars. As part of her veterinary research, she identified parasite transmission from humans to mountain gorillas as a significant risk factor for gorillas. Kalema-Zikusoka became Uganda’s chief veterinarian when she was 26. The BBC even made a documentary about her first year on the job. Nine months into her role as the country’s chief veterinarian, she was called to treat a family of gorillas that was suffering from a troubling new disease. 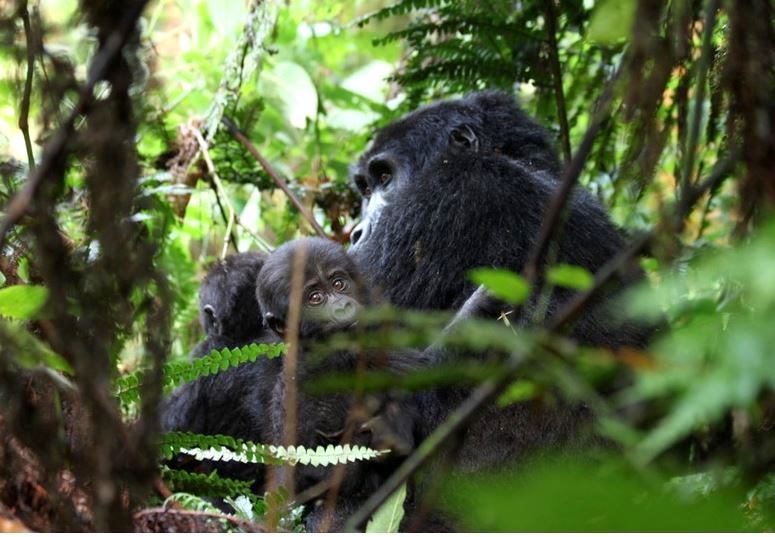 Gorillas were losing hair and developing white, scaly skin. The baby gorilla had lost almost all its hair and was very thin. And the mother had also lost almost all of her hair where she was carrying the baby,” Kalema-Zikusoka recalls. “The baby was also making crying sounds, which is extremely abnormal for gorillas. I actually went and visited a human doctor friend of mine, because they could have picked it up from people. And she said it was scabies.”
Scabies is a minor skin infection for humans, but gorillas were new to the disease. For Kalema-Zikusoka, it was the first time she saw a human disease jump to mountain gorillas with fatal consequences. Recognizing this link between wildlife health and human health marked a turning point in her thinking.
“It made me realize that you can’t protect the gorillas if you don’t think about the people living around the park, who have very little health care,” she says. “And because we’re so closely related genetically, we can easily get diseases from each other. The only long-term and sustainable method to improve the gorillas’ health is by improving the health of the people living around the park, and not just the people, but their livestock as well.” 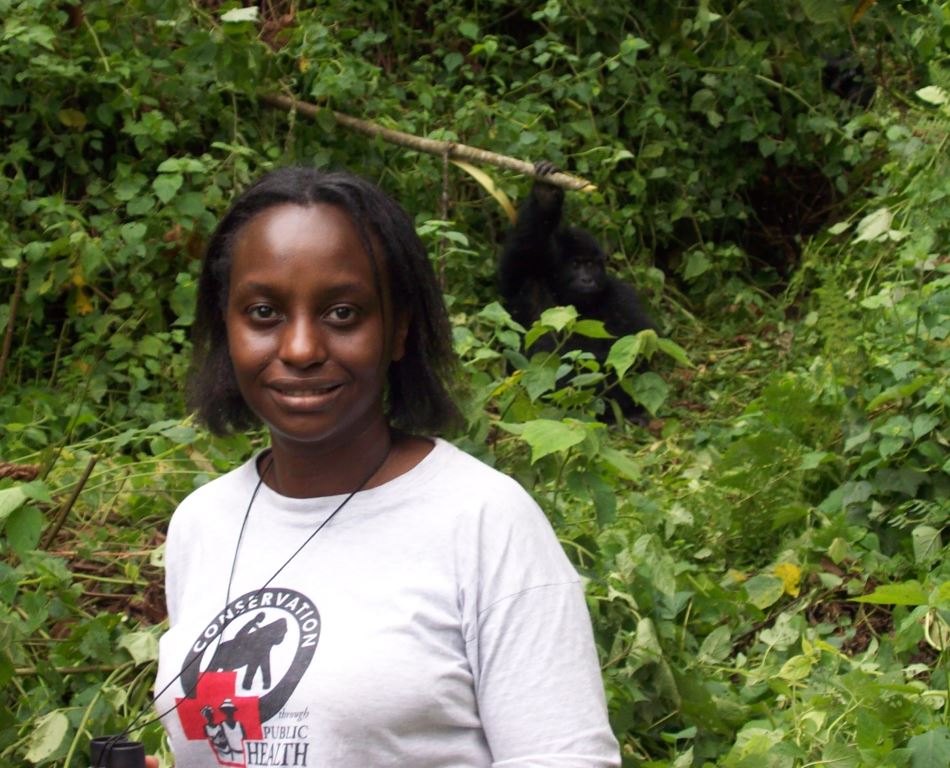 “When you go to visit them in the wild, you actually feel like you’re connecting. They look at you. You look at them, and there’s some kind of connection. It’s actually very therapeutic watching them. And the infant gorillas are very playful, just like humans. When I see them playing, I think of my two children.”
Kalema-Zikusoka has received a number of honours, awards, and other public recognitions of her environmental and humanitarian work. In 2009, she won the Whitley Gold Award, the top prize awarded in what is considered the "Green Oscars". The San Diego Zoo gave her its Conservation-in-Action Award. Seed magazine named her one of its eight "Revolutionary Minds in Science."
Kalema-Zikusoka was profiled in the BBC documentary, Gladys the African Vet. She has also been featured in documentaries in National Geographic, Animal Planet, MNet and Uganda Television.
Why not include this exclusive Gorilla Conservation and Research access to your East African Safari or Ugandan exploration. Travel with a purpose - “Intimate Gorilla Experience” needs to be on the bucket list of any traveler to East Africa.