Italian culture is one of the world's treasures, and here we discuss its various aspects, including music, art, architecture - and language. Sì, per tutti chi vogliono pratticare l'italiano! And please don't be shy if you don't speak Italian much or even at all... we're here to aiutare!

An 'Italian' village in north Wales?

You need to be a member of Italian Language/Culture - Lingua/Cultura Italiane to add comments!

What types of documents are the easiest for a translator to translate from English into Italian? For us no project is too complex. Our professional translators can translate various types of documents from and into Italian. They are very good at providing professional translation services. Please contact us regarding our Italian document translation services.

Professional Italian Translation Services by California Center for Translation & Interpretation. Whether you live in Los Angeles (where we are based) or any other city we can translate your documents from English into Italian and vice versa. Please scan and email us all the pages you need translated. We look forward to reviewing and translating your documents.

Christmas 2011: the Best Cribs and Nativites In & Around Rome 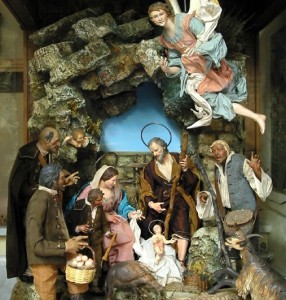 Italy Turns 150, And the Special Night Celebrations Will Be in Rome on March 16! 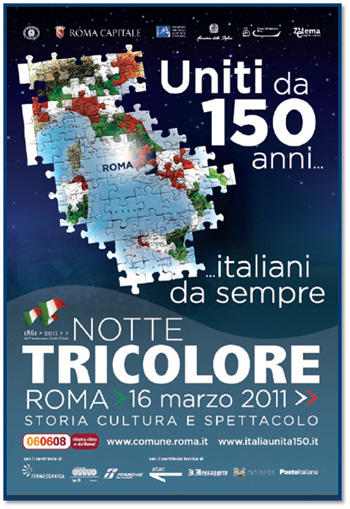 Comment by Tripatini on November 16, 2010 at 2:41pm
PLEASE CLICK HERE if you can help a Tripatini member by offering an opinion on Rosetta Stone vs other language courses. Grazie mille!

Comment by BuzzInRome on October 27, 2010 at 6:48am
Rome Under the Spotlight Of The World of Cinema: 5th Film Festival Starts

It is not as glamorous as the Cannes, not as original as the Sundance, not as old as Venice’s, but Rome’s International Film Festival is getting better every year and it has now become the world’s fourth most important event of its kind. The fifth edition of the Festival will be held from October 28 to November 5 in the beautiful surroundings of the Auditorium Parco della Musica in Rome, the architectural complex realized in 2002 by Italian architect Renzo Piano.

This year’s competition will have many anticipated films such as “Last Night”by the Iranian director Massy Tadjedin, starring Keira Knightley and Eva Mendes, or “Rabbit Hole”, Nicole Kidman’s first production.

The “Window on the World/Focus” section will be dedicated to Japan’s cinema and culture and there will be a showing of the restored version of Akira Kurosawa’s key work “Rashomon”, for the centennial celebration of the Japanese film master.

But the Festival will also attract children with its premiere of the second Winx film “Winx Club 3D – Magica Avventura” in which the Italian cartoon favorite explores 3D for the first time.

The complete program and tickets are available here.