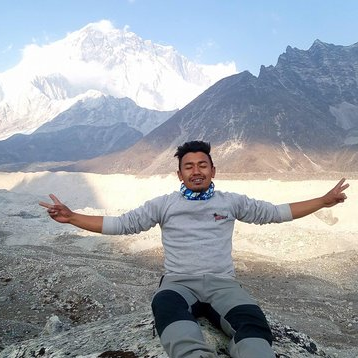 Are you connected to the tourism/travel/hospitality industries or travel media in any way? If so, please specify how (kindly include any relevant company names/Web sites!).
https://www.himalayanrecreation.com/

On which destinations & travel topics can you advise members especially well?
Nepal

What destinations are you most interested in learning about?
Nepal, Everest, Annapurna

Everest Base Camp Trek is one of the best adventure trekking in foothills of the Highest Mountain on earth. Following paths full of overwhelming views of Himalayan peaks, glaciers, and scenic Sherpa villages, you move to the base of the world’s highest peak, Mount Everest (8848m). Everest Base Camp Trek is packed with twisting tracks, lush pastures, Sherpa bazaars and settlements, Buddhist monasteries, and numerous streams. EBC trek offers you excitement and memories last forever.

Island Peak or Imja Tse (6,189m / 20,305 ft) lies in the centre of the Everest Region of Nepal and is the most popular of Nepal’s 33 designated trekking peaks. It’s a great summit for first-time climbers who are looking for something a little more challenging than the Everest…