6 of Morroco's Most Beautiful Beaches

Besides being a splendid soukful of exotic cultural and ecotourism experiences, Spain's next door neighbor to the south, across the Strait of Gibraltar, shares with it a unique attribute: coasts on both the Mediterranean Sea and the Atlantic Ocean. And both are lined with an alluring array of beaches for all tastes - whether you're looking for mild or wild, castaway or hopping - and increasingly popular with Spaniards, the French, and other Europeans. Here are a half dozen of my top choices: 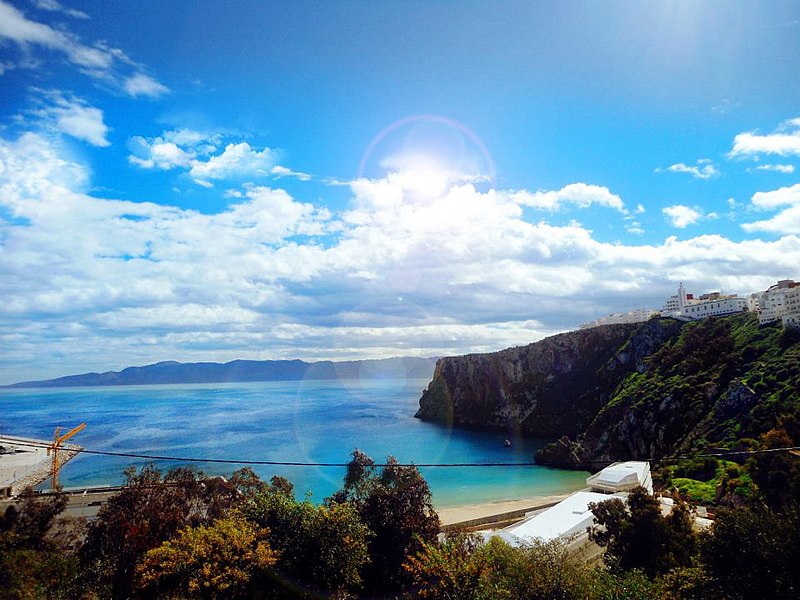 Roughly halfway along Morocco's Med coast, at the foot of the Rif Mountains just over five hours east of Tangier, one of Morocco's cleanest and safest cities - interestingly,  colonized and developed by Spain rather than France in the early 20th century, so Spanish architectural and even cultural influence is especially notable here. Al Hoceima is known for its blue and white houses and amazing golden-sand beaches such as Bades, Cala Iris, Quemado, Tala Yussef, and Torres. Quemado is the most popular, on a pretty, steep-sided cove, and the facilities at all of them are modern, the amenities copious, and the city a pleasant place for an overnight or two. 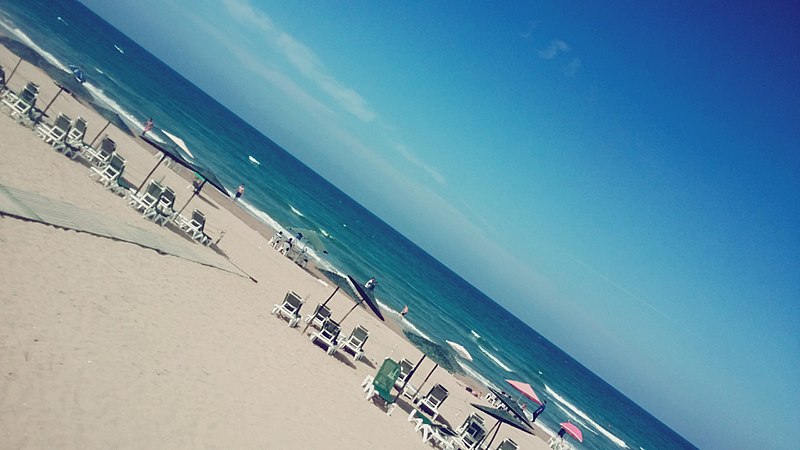 Another three hours east of Al Hoceima, at the easternmost end of Morocco's Med coast, "the Blue Pearl" is one of 'the country's longest beaches, backed by a eucalyptus forest and lying at the centre of a modern resort community (pop, just under 4,000), complete with marina and salted with Moroccan architecture both traditional and updated. It rocks especially in summer, and besides swimming and sunbathing, visitors love to boat, jetski, and snorkel/dive these turquoise waters. You can also stroll Saïdia's atmospheric casbah and visit its 19th-century adobe fortress.

Much closer to Tangier (just an hour east) and also much than the previous two (pop. 381,000), Tétouan's whitewashed, UNESCO World Heritage medina (old city) dates back to the 13th century, and visitors will also be impressed by a number of landmarks dating back to the late 15th century, providing a marvellous cultural counterpoint to the nearby beaches, considered among the most beautiful on the Med. Top towns - these days with luxurious resort and dining scenes - include Martil (above), Mdiq, Restinga Smir, and slightly farther Fnideq (Mdiq is particularly glamorous, being among other things where Morocco's king Mohammad VI spends summer holidays).

Perhaps Morocco's top beach-resort destination is also one of its largest cities (above, pop. 422,000) - mostly modern because it was pretty much completely rebuilt after a 1960 earthquake, apart from several museums like one for Berber art and another of pre-1960 Agadir, for sightseeing you need to take day trips to traditional towns such as Tafraoute and Taroudannt, along with eco/adventure and Berber villages in the Atlas Mountains. The sandy beach is wide and offers full amenities, as well as kickier surf than on the Med (and watch that undertow!); there are gorgeous strands north of here, too, such as Aitswal, Bouyir, Taghazout, and Tamaounza. All are popular with surfers, as well.

On the country's northwestern tip less than an hour south of Tangier, this city of 31,000 has a walled medina - gorgeous and whitewashed - dating back to the 10th century, a relaxed vibe, and a vibrant cultural scene punctuated by music and arts festivals, especially in summer. It's a beautiful backdrop for enjoying a number of fantastic beaches - three in town and several more less crowded options not far off, such as Afriquia, Briech, Rmilate (aka Paradise Beach, and a bit harder to get to), and Tahadart. These out-of-town spots do offer fewer amenities but it's easy enough to buy food and drinks at cafés, beach shacks, and itinerant sellers.

Between Agadir and Asilah lies this magical, also whitewashed city of 70,000, 2½ hours from Marrakesh, founded by the Portuguese and much of its also UNESCO World Heritage medina dating back to the 18th century. Today it's a cosmopolitan, artsy but totally chill mix of glamour and bohemian chic, with wide beaches south of town - besides the main city strand, less crowded Cape Sim, Diabat, Sidi Kaouki, and Mouley Bouzertoune. Besides the usual beachy pursuits, top local specialities here are horseback riding on the sand and wind-driven water sport, especially windsurfing and kitesurfing (which means yes, it can get a bit breezy out here, if that's an issue for you).