A Pilgrim's Trail in the Little Known Indian State of Odisha Tucked between West Bengal and Andhra Pradesh, the state of Odisha (erstwhile Orissa) is dotted with temples and religious sites, where pilgrim flock from around the country. From the sacred Jagannath Temple of Puri to the magnificent Parsvanath Temple and the serene Buddhist monasteries, Odisha has been a revered place for devotees. As you travel down the pilgrim’s trail across five most significant religious sites of Odisha, you will experience an entirely different world in this eastern Indian state.

You can embark on this holy passage from Bhubaneswar. Being almost centrally located, the state capital provides quick and convenient travel options. You can book a cab from Bhubaneshwar to Puri, and continue further to Konark, followed by Jajpur, Dhenkanal and then back to Bhubaneshwar and complete all locations in one day. Alternatively, you can choose to travel from Bhubaneshwar to each destination at a time and savor the holiness of each place.

You can start your pilgrimage at Bhubaneshwar. The capital city is aptly dubbed the ‘City of Temples’, with Lingaraja, Mukteswar, Rajarani and Parsurameswar as the main sites. Treat your eyes and soul at the Lingaraj temple with its 150-foot deul (temple roof). Bhubaneshwar is also known for its Jain pilgrimage sites, where the Digambara and Parsvanath temples of Khandagiri attract devotees from all across the country.


At about an hour’s drive from Bhubaneshwar, is the popular religious town of Puri. Often referred to as the seat of Lord Jagannath, revered by Hindus in this part of India as well as some Buddhists. Puri is believed to be one of the most sacred places for Hindus, centred around the 12th-century Jagannath Temple in the heart of the city. The shrine is considered to be one of the original Char Dham pilgrimage sites; feel especially blessed when you visit this temple during summer's Rath Yatra of Lord Jagannath (this year, July 14) - the most auspicious occasion of this region. 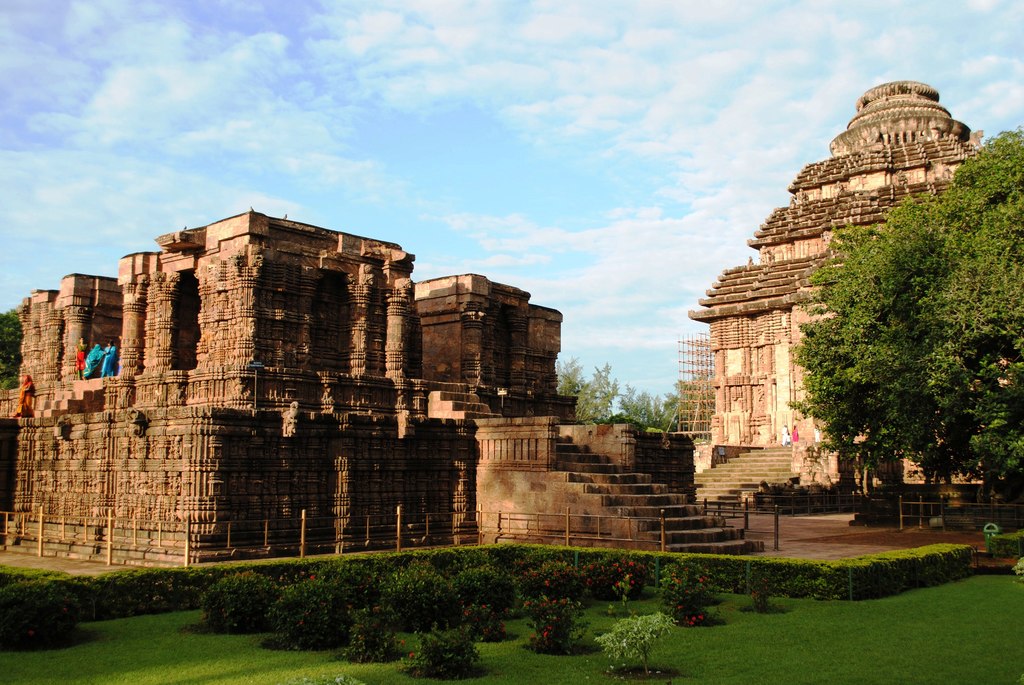 Next on your itinerary could be Konark. You can either take a cab from Bhubaneshwar to Konark or continue from Puri. A UNESCO World Heritage Site, the Sun Temple here has a robust religious and mythological history. The holy temple of the Sun God, also known as the Black Pagoda, was built in 13th century in the shape of Suryadev’s seven-horse chariot - a sight of religious and architectural grandeur.

Moving on from Konark, is the historic district of Jajpur - known for its ancient temples and religious relics, each with a story of its own. Take a dip at the holy Dasaswamedha Ghat on the banks of the river Baitarani, believed to be bring luck to Hindus. Other notable places of religious significance are the Jagannath temple of Chhatia, Gokarneshwara Temple - known for its connection to the events of Mahabharata, and the Buddhist temple at Ratnagiri.

Your final destination of this religious journey will be Dhenkanal. This district has innumerable temples devoted to different sects of Hinduism. Worshippers of Shiva (Shaiva), Vishnu (Vaishnav) and Shakti (Shakta), have found their sacred sites in temples like the Kapilash Temple, Siddha Balaram Temple and Durga Mandir, whose mythological and religious significance make for a fascinating visit.

As you visit each of these holy sites, be prepared for a soul soothing experience as each shrine and every location drive you towards positivity, peace and contentment.