The Ring of the Lords: Vienna's Ringstrasse 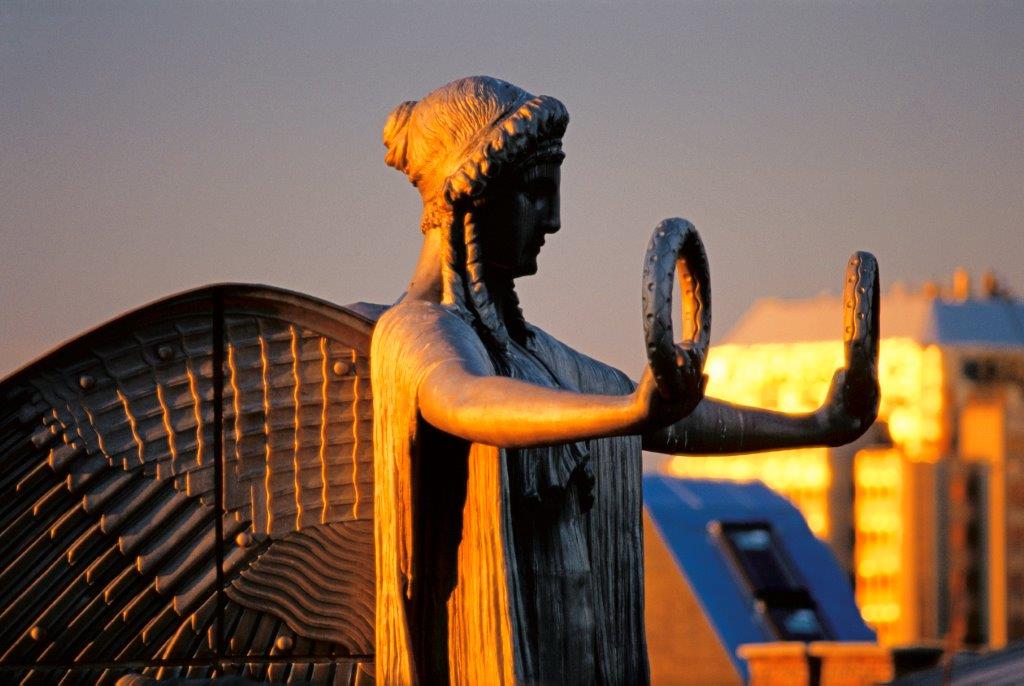 It doesn’t lead anywhere, but takes you to many destinations along the way – and then you are back on the circle again! Vienna’s imperial Ringstrasse turns 150 years old – 1865-2015 – Bev Malzard takes a stroll . . .

"Except that it is a windingly ambitious street, breath-catchingly imperial in scale. It is so big that a critic argued, when it was built, that I crated an entirely new neurosis, that of agoraphobia. How clever of the Viennese to invent a phobia for their new city."
- Edmund de Waal, The Hare with Amber Eyes.


Lined with some of Austria’s most imposing and authoritarian buildings, Vienna’s Ringstrasse is pausing its perambulations after 150 years to pat itself on the back and puff up for the pomp and ceremony it was intended to display from the time of the creation’s initial idea taking place . . . When the emperor decided to do something, there was no stopping him. Emperor Franz Josef was a man of vision and culture for his beloved Vienna and when he ordered the city fortification walls of old Vienna razed in 1857 – it happened. And the glorious Ringstrasse was completed in 1865 and was lauded across Europe for its modernity in urban planning to such a scale.

The Ringstrasse (Ring) is just over a kilometre long (round) and 57 metres wide. With the advent of such an important boulevard came the glories of ‘modern’ architecture of the 19th century. Buildings here were designed by the greatest architects of the day. Included in the esteemed list are: Gottfried Semper, Carl von Hasenauer and Heinrich von Ferstel.

Otto Wagner built an Art Nouveau Austrian Post Savings Bank. Modern building material materialised throughout the construction of these new-style monumental edifices – they shot up as quick as you can scoff a Viennese coffee – change and immediacy was in the air. Old and new aristocracy built side by side and in 1867 full civil rights were granted to the capital’s Jewish citizens – so the Ring became an equal opportunity housing project! But it was the upper classes that transformed Vienna into a European hub for the arts as cashed up Viennese burghers became the modern-day patrons/sponsors of artists and institutions and residents of the Ring. Industrial magnates, artists, intellectuals all converged on Vienna to become stitches in this new, bold fabric of Viennese society.

The past 150 years has seen the Ring witness the end of the Austro-Hungarian monarchy; the proclamation of the First Republic; Adolf Hitler’s march on Vienna; and the reconstruction and economic miracle after WWII. Today it entices tourists like bees to honey. The beautiful and vibrant city continues to enthral all who visit her. Continually reinventing herself, polishing up the old with fresh new paint and holding on to the very traditions that are the solid foundation of Viennese life. Opera, music and the arts thrive as in a hothouse. The best way to feel the past and the present along the Ring is to stroll it. Enjoy the passing parade of history as you pass the Rathausplatz, the banks and self-important residential buildings, elegant rooms to host the famous Viennese salons and the significant appearance of The Parliament. Many cities have boulevards but there’s a certain kitschy charm of being able to do a circuit of the city on the Ringstrasse that is quite an individual feat. The circuit is not a museum, despite the abundance of fine and dandy architecture, it is a moveable feast. Never dull, never still – life moves on around and around Vienna’s Ringstrasse – a never ending waltz in time with today’s sensibility and yesterday’s glories.

During 2015, Vienna will be alive with many events to celebrate the anniversary of the Ringstrasse. Go to exhibitions of the jubilee year: www.ringstrasse2015.info. Get your bearings with the Ringstrasse walking tour; view the official civic buildings, coffee houses, noble palaces and bourgeois residences, and the Danube Canal. Learn the history of the Ring and the significant buildings such as the Palais Ephrussi,, featured in Edmund de Wall’s The Hare with Amber Eyes. Jump on a Fiaker.

See the Ringstrasse from a different angle via a horse-drawn carriage, giving you an overview of the entire boulevard. Visit the Wien Museum – from 11 June 2015, an exhibition "The Ring: Genesis of a Showpiece Boulevard 1857-1865" will track the boulevard's beginnings, from the planning stages to the opening. Afterwards, have an evening cocktail at Le Loft Bar at the Sofitel, a building of pure architectural beauty overlooking the Danube Canal and the Ringstrasse.

The writer was a guest of the Austrian National Tourist Board and flew the Europe courtesy Cathay Pacific.