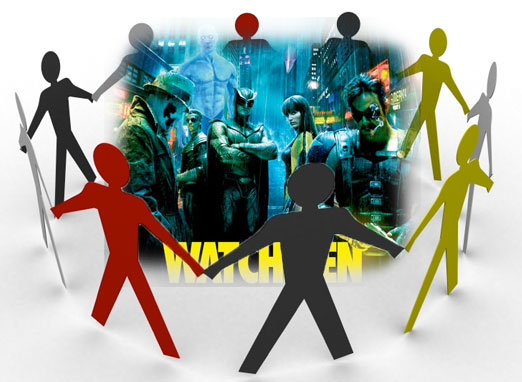 A funny thing happened on the way to the movies.

Forty million international movie-goers opted to travel to a place where a movie they loved was shot.
Travel Daily News (TDN) reports that these travelers made their…

An Italian Town That Put the Spaghetti in 'Spaghetti Western'

Rather like the best 1970s disaster movies or the science fiction B-movies of the 1960s, the spaghetti western still boasts a strong and dedicated following many decades after the last movie was produced and the dust, quite literally settled. And like these other genres, even those who look back fondly at the age…

There’s nothing better than a day at the beach. The sun, the surf … what could be more fun? Especially in Costa Rica, where the sun, sand and sea are warm all the time!…

As I sit here in my condo in the warm weather of Puerto Vallarta, Mexico, sometimes I forget how blessed I am. Born on perhaps, as many will attest to, the most beautiful island in the world, Santorini, then to have my parents move to San Francisco when I was 4 years old, I feel very fortunate. I have spent a lifetime roaming the streets of this world-class city. Contemplating my return to the city this weekend to watch the 49ers with my fellow locals, I just learned that San Francisco…

How To Pay For Travel If You're Poor

I know a lot of financial experts say to skip travel if you're poor.I totally disagree with that.Travel can open the door to business ideas and jobs.It also acts as a strong motivation to make more money.The very planning and saving for trips can lead to different opportunities.If you have kids,travel opens their eyes to careers they haven't thought of and colleges they might like to attend in the future. On top of all that, planning of trips brings happiness and of course travel…

Mali’s Jihad Number 4, and Counting: The Day the Music Stopped It’s horrible, of course, the war currently going on in Mali, the desecration of Sufi shrines in Timbuktu, and the disruption of lives in a place where life doesn’t allow much margin for error.  Maybe the most ironic aspect of it all is that Mali has been… We reported frequently in New Media Travel that hotels notoriously use photos of empty swimming pools, restaurants and rooms in their marketing material for fear of offending…

Getting Around Costa Rica: What's Your Best Transportation Option?

You’ve got your flight to Costa Rica booked, your hotel reservations or tour itinerary set. Now what about getting around?

There are many choices, from… Among the images conjured by mentioning Brazil are those of beach volleyballers on Ipanema, with green mountain slopes in the background and golden sand running for miles. Aside from the all-night-long beach parties, beach volleyball is one of the country's most popular symbols; it's long been associated with beach volleyball… Costa Rica's Río Celeste: Where God Painted the Sky into a River

Legend tells that when God made the world, after he finished painting the sky a brilliant pastel blue, he washed his brushes in a beautiful Costa Rican river, coloring the river the same intense sky blue.… New England is not an easy place to get to know, especially in its winters when the dark and the cold and the snow hold the land in a formidable grasp, and the people disappear into their homes and cafes for months.

But that can also be the fun part of New England, and especially the iconic state of New Hampshire

Here the spirit of Robert…

Granada, Spain, and Washington Irving's 'Tales of the Alhambra'

Spain, a Western European country rich in Mediterranean flavors and Arab influence, is actually a few countries packed into one. With its location in the southern end of Europe and just a hop away from North Africa, Spain…

But even if you're not Brad and Angelina, but just have…

In Bali, a Cancer of the Heart

It often seems that at least 90% of foreign tourists only step into one part of Indonesia – Bali, the formally Hindu majority paradise just to the east of Java. But by the time I finally took the ferry across the narrow waterway between the two islands, I'd spent three months in Indonesia, all in Java.

I was truthfully, scared to come here. It features heavily in classical writing about Asia, a tropical paradise, Shangri-la, with an…

Can the Cuisine of Peru Change the World? Remember the proverb about giving a man a fish versus teaching a man to fish? That ancient bit of wisdom was well at work in an inspiring documentary I saw recently about three of my favorite topics: Peru, food, and Peruvian food. I even got to meet its stars, both world famous chefs, and… If you live anywhere in the Americas, and most likely even in Europe, then you have heard the buzz about this Central…